by Jim Lindsey and Paul Friederichsen 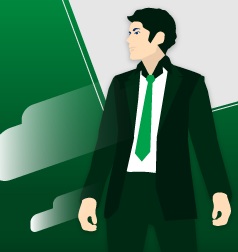 Since the 1980’s, the anticipated shrinkage in numbers of the small- to mid-tier ad agencies (less than 100 people or so) has not happened. If anything, there are more of them! While worldwide mega-agency groups (starting with Saatchi & Saatchi back then) have continued to grow, merge, morph, and control more media dollars, the small, independent shops stubbornly remain.

There are several reasons why even worldwide brands, as well as local or regional brands, prefer working with small- to mid-tier shops:

Most businesses are small themselves, and those large enough to seek the help of an ad agency, PR firm or web shop prefer to do so, in most cases, with similarly-sized companies. In RFPs, a common question is about the agency’s client roster and where the prospect’s account would fit in the pecking order. Mattering to an agency’s business translates to a certain amount of leverage, regardless of the added services or bench strength the larger agency promises it would give access to. All that added firepower that’s promised sounds good, but in reality, how much will actually be used on your business?

The age of specialization.

Almost as common as in the field of medicine, many small shops have become known for their areas of expertise, whether based on creative, or digital media, by client, or channel experience and reputation. Very often advertisers want the particular ingredient for which the small shop excels. It’s not uncommon for marketing departments of larger advertisers to manage several “boutique” agencies to keep ideas fresh and flowing.

The advent of personal computers and the Internet have been the great equalizer between large and small agencies. As long as a small shop stays current with technology, they can compete with agencies twice their size; provided the brain-power and desire is equal to the task. The search ability of the Internet, affordable survey programs, and niche market research available off the shelf, has also leveled the playing field of category knowledge and competitive intel.

An appreciation for experience.

Make no mistake; the ad business is a young business. Always has been and always will be. That’s because historically, many consumer brands (which constitute the bulk of advertising dollars) are aimed at a young adult demographic. But as the population has aged, the number of active, senior-level ad execs has also increased. Many of these are found as the hands-on ownership or leadership in small agencies that they themselves have started. Clients, in turn, benefit enormously from direct access to their tried and true wisdom and insight.

The end of the three-martini lunch.

The move toward a more accountable approach to client service began in the 90’s, as accounting systems and MBA’s began to take hold. The recent Great Recession cemented this new, more austere reality. Clients, on the whole, are simply more overhead sensitive nowadays. They know intuitively they will ultimately be paying for all of those assistant’s assistants, lavish offices, and entertainment. Small- to mid-tier agencies, on the other hand, run leaner operations out of necessity. And smart clients appreciate the obvious stewardship of money – their money.

As the ad business has matured, the associated mystery and mystique has diminished to a certain extent. Clients are less inclined to suffer aloof, prima donna creative directors, disorganized media buyers or absent-minded account executives. They want and expect more service for their marketing dollar. They have seen “the man behind the curtain.”

It’s been our experience that small- to mid-tier shops, even with smaller “bench depth,” deliver as good if not better service for most clients than shops that are much larger.

Over the last 35 years, Jim Lindsey has served as vice-chairman at several of the world’s most powerful advertising agencies, including Saatchi & Saatchi Worldwide, McCaffrey & McCall, and Hill Holiday/Wakeman & DeForrest. He has been honored with more than 50 ADDY Awards, Clio Awards, and Golden Quill Awards and is a recipient of advertising’s highest honor, The Silver Medal Award. He has managed hundreds of millions of dollars of advertising contracts on behalf of advertisers around the world. 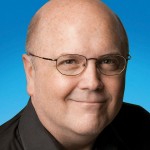