by Chad Hill, CEO of HubShout

If your small business isn’t already established on social media, you could be as much as a decade behind some of your competitors. Before you attempt to catch up, it’s important to understand the basics so you don’t waste time floundering and making rookie mistakes.

Two words: Content Marketing. According to the Content Marketing Institute: “Content marketing is a marketing technique of creating and distributing valuable, relevant and consistent content to attract and acquire a clearly defined audience — with the objective of driving profitable customer action.”

Content is the power source for SEO and digital marketing. Social media is a vehicle for communicating and distributing your content.

Go Where the People Are.

There is no magic formula for attracting fans and followers and no mechanism that guarantees people will share your content — social media sharing behavior is a very complex affair.

To bring web users to your startup’s social media page:

– Consider paying to promote your content. (More on that, below.)

Don’t make the mistake of paying a third-party for thousands of followers, thinking that it’s a good way to draw attention to your fledgling social media pages. In reality, the exact opposite is true. Click here to read Social Media is So Much More Than Likes and Followers.

The Price of Social Media.

Technically, social media costs nothing but time. You will spend money if:

– You have neither the time nor the inclination to become fluent in the language and etiquette of social media. If you hire a social media marketing agency, keep in mind that you’re an important part of the team—the one who ensures that social media interactions represent the essence of your company.

– You want broad reach. According to Digiday “Facebook had previously told brands and their agencies that the key to effective marketing on the social network was accumulating likes and followers. Agencies and brands spent years doing just that, operating under the belief that they’d be able to access the audience they generated for free.”  Truth is, you don’t reach all of your followers, unless you’re willing to pay. You can use Facebook Boosted Posts or Promoted Tweets to reach more people.

Depending on the size of the audience and demographic you’re trying to reach, the cost for paid social media could vary widely.

Building a loyal following through social media takes time and you can speed up the process with paid social media promotion.

With perseverance and consistency, social media can be one of the best ways to build your brand and get the word out about your products and services. 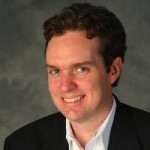 Chad Hill is the CEO of HubShout, a U.S.-based digital marketing firm and SEO reseller. Previously, Chad served as Business Development Director at America Online and worked in product management at FOLIOfn Investments, Intuit and the financial services group at American Management Systems.