by Bill Clerico, CEO and co-founder of WePay

Crowdfunding continues to grow in popularity, creating endless opportunities for inventive commerce and fundraising opportunities. In addition to the old-school general purpose crowdfunding sites, new platforms are emerging to serve specific verticals or sets of verticals. These niche platforms in turn are leading to even greater opportunities in small business categories from technology to food and beverage. Not only has crowdfunding become a great way to generate much needed funds, but it can be invaluable as a marketing channel, giving young organizations more ability to reach the most engaged consumers than they might have otherwise.

But the crowdfunding landscape is also much larger, and much noisier then it was a few years ago. As competition surges, what does it take for a business, non-profit or even a small community fundraiser to stand out in the crowded landscape of crowdfunding?

WePay was built from the ground up to make payments simpler and safer for platforms like crowdfunding sites. In fact, our technology handles payments for 5 out of the top 10 crowdfunding sites, including the world’s largest crowdfunding platform, GoFundMe. These platforms are empowering millions of users worldwide to unlock all kinds of creative commerce. With the backend of payments secured, there is plenty to be done on the front end to create a successful crowdfunding campaign in the public eye.

Here are some things we’ve seen that work:

Create a clear, direct and impactful explanation of the need. Make sure to spell out what you are fundraising for, why the cause is important to you and what difference each donation will make but keep it as short and sweet as possible.

The more visuals you can bring to the table, the better. If photos and videos are available don?t hesitate to showcase them to best highlight your cause or mission. Video in particular can be an immensely effective tool to attract desired attention and action to a campaign. If there’s budget for it, having a professionally shot video can be one of the most effective ways a crowdfunder can spend money on their campaign.

Get the ball rolling by making the first donation to your fundraiser, your friends, family and associates will follow your lead. Be mindful of how much you give as well. If you want people to donate $100, don’t donate less as you are setting the bar for others to follow.

5. Don’t Forget To Say Thanks!

Crowdfunding sites will automatically send a confirmation message to your donors which will also thank them for their generosity but a personalized thank you note will truly show your appreciation. A list of donor emails can be made available to you for those who have opted to identify    themselves.

When asking for money most of us want to stick to just asking for what is needed and nothing more but don?t forget to take into consideration additional expenses that can come up. For instance, crowdfunding for a new business can mean dealing with new kinds of taxes, marketing expenses, etc. that you may not initially think about. Think it through first before establishing the goal.

7. The early bird gets the worm.

Prep work matters. Before you launch your crowdfunding campaign, reach out to potential donors to let them know what you’re up to and how you’d like them to be involved. Campaigns that have the supporter base established in the beginning have a much greater chance of succeeding than those who set up the fundraiser and then begin reaching out to the community for donations.

Like anything in life, incentives get people’s attention. Be resourceful and find ways to inspire people to donate, even more than once! Find a desirable prize to offer up as a giveaway. A giveaway such as donors who contribute more than $100 can be entered to win an Apple iPad can help you get closer to the fundraising goal. Certain platforms offers these kinds of incentives for people to donate to fundraisers happening on their platform.

There are a lot of options out there to choose from to host your fundraiser but which one is the right one for you? Commission rates can differ along with varying rules on what you get or don’t get based on meeting your goals. Some crowdfunding site specialize in certain kinds of fundraisers over others so dig around a bit to make sure you?re selecting the best platform for you.

Social networking is key to creating momentum, but don’t forget you can raise awareness about your campaign through face to face encounters at work, social and community gatherings. Also, don’t forget about the media – your local newspaper, TV and radio outlets may be interested in sharing your cause with the general public too. 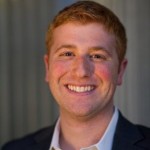 Bill Clerico is CEO and co-founder of WePay, where he drives the company’s vision, strategy and growth. WePay powers payments on online platforms and marketplaces, such as Care.com, Constant Contact, FreshBooks, GoFundMe and Meetup. WePay protects its partners from risk and regulatory exposure, while supporting a seamless experience for their end-users.