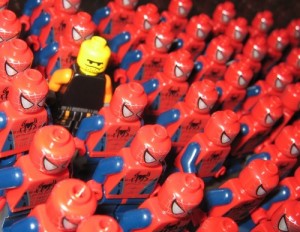 Whether we would like to acknowledge it or not, zero-hours contracts have an undeniable presence in the working world. Since the financial crash in 2008, there has been a surge in unstable, low-paid casual work in the UK, and most recently, retail chain Sports Direct faced a claim for millions of pounds from almost 300 workers. These workers felt they were treated unfairly because they were exempt from the retailer’s generous bonus scheme due to the fact they were on zero-hour contracts.

In accordance with the Trade Union Congress, there has been a 61.8% rise in men working in the casualised labour market (1.06 million currently), and a 35.6% rise in women (1.08 million at present), since 2008. The food and accommodation industries are the major culprits for an abundance of such contracts.

This sort of contract implies that staff work and are paid only when required by the employer, usually with little or no notice given at all. It is often the case that, there is no work for these employees at all. Currently, a structured legal definition of a ‘zero-hours’ contract does not exist, however, the Chartered Institute for Professional Development defines the term as:

“An agreement between two parties that one may be asked to perform work for another but there is no minimum set contracted hours. The contract will provide what pay the individual will get if he or she does work and will deal with circumstances in which work may be offered and possibly turned down.”

Vince Cable, the business secretary has proposed that those on zero-hours contracts should be within the employee’s right to apply for a fixed-term contract. According to the TUC, employers who dispute this, by arguing that the casual work in question often leads to a permanent post, need to be named and shamed more frequently. Since 2008, a mere 1 in 40 jobs on zero-hour contracts have been made full-time jobs. Only 44% of zero-hours contract jobs last over two years, and 25% have lasted longer than 25 years or more. Sports Direct, for example, has been widely criticised for employing approximately 90% of its staff on zero-hour contracts.

Although the issue has not been solved on the wide-scale yet, there is some course of action that can be taken by the employees themselves, if they feel exploited in the workplace. Gordon Dean, a firm of solicitors in Norwich is one of the few law practices in Norfolk specialising in offering advice to employees that are suffering with problems in the workplace. As there is no authorised definition of said contracts in UK law, it can be a rather convoluted process to pin-point the issues and pay arrangements. Due to the lack of strict legal structure, each ‘zero-hours’ contact is unique. Upon careful examination, zero contact employees are actually entitled to the same holiday as any other employee, as well as the same national minimum wage. Some employers have been accused of by-passing these requirements.

In some cases, zero-hour contracts prevent the individual from working multiple jobs- even when the guilty employer has no work on offer themselves. This rule, in particular, is regarded as manipulative. There have been speculated plans that this shall be changed soon, as Vince Cable has promised to prohibit such exclusivity clauses. 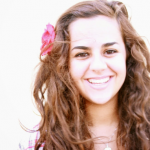 Chloe Hashemi is a marketing consultant for film and video production company LAMBDA Films, which is based in East Anglia, UK.