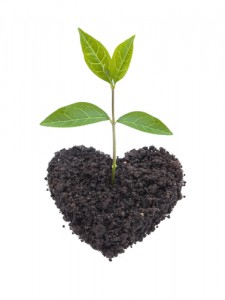 The coolest thing you can say to anyone todat seem to be when you announce that you’re launching a startup.

This is because these days it’s a trendy word, conjuring up images of youthful exuberance, all-night coding parties, and developing revolutionary apps that transform into mind-boggling IPOs. Another associated image, of course, is assembling a team of fellow innovators that refuses to accept any form of defeat regardless of how low their odds of success against giant competitors. It’s a team reminiscent of King Leonidas and his force of 300 fearless men fighting the mighty Persians at Thermopylae back in 480 B.C.

Definition of A Startup.

Neil Blumenthal, the youthful cofounder of Warby Parker, a disruptive company that transformed the conservative eyewear industry by creating  affordable, stylish glasses for people across the world, defined a startup as “ a company working to solve a problem where the solution is not obvious and success is not guaranteed. “ He also said, “A company ceases being a startup when it “starts to be reactive rather than proactive—play more defense than offense. That mind shift occurs when a company grows protective of what its doing rather than attempting to do something that hasn’t been done before.”

Myth #1: All new companies are startups.

Facts: Only a few new companies are startups.

Myth #2: All startups are technology companies.

Facts: Many popular startup companies are tech companies because they can create highly specific products quickly and distribute it to a large audience fast, but a startup does not necessarily have to be a technology company.

Myth #3: All startups begin with a financial end goal in mind—the desire to sell out their company at a high profit.

Facts: A startup does not necessarily have to begin with an exit strategy in mind.

What is a Startup?

The only thing that actually defines a startup is business growth. Here are a 3 key markers that makes this distinction clear:

Simply launching a company does not make it a startup. Every year, millions of US companies are launched, but only a few can be considered startups.

Most new companies start a conventional business, like plumbers, barbers and restaurants.

Although a plumbing company may be new but it can’t be considered a startup because it is not designed to grow fast. A startup is more like Typo Keyboards, which recently engaged ISBX as its software engineering team to help it grow rapidly enough to fill an urgent market demand for Apple’s iPhone 6 buyers.

2. Startups play in a bigger field.

The reason startups consider market efficiency essential to their success is because they are poised to play in a bigger field. While a barber may indeed be quite phenomenal in his ability to cut hair faster and more stylishly than anyone else in the neighborhood, he is limited by geographical constraints. By comparison, Brian Morgan, who founded Adventure Life, from Missoula, Montana, started in 1998 with 16 employees and a decade later was earning $11 million after an initial investment capital of $3,000 spent on a laptop and two brochures. His startup focused on providing travel to exotic destinations around the world.

What makes the difference between an ordinary service business and a startup is how fast the startup grows into a big company. When Johnny Earle, the founder of Johnny Cupcakes, started in 2001, he didn’t make baked goods; he sold t-shirts about baked goods! He turned his startup capital of $6,700 into $1.2 million after five years.

10 Ways to Build a Startup.

While, of course, there is no recipe on how to build a startup, here are 10 pointers gleaned from observing successful startups.

1. Start on your good idea.

3. Discover an audience of eager buyers, and then focus on customer segmentation.

4. Create a specific product that satisfies the needs of your target market.

5. Make things happen. Prefer action over activity. Make sure you are moving things along and not merely doing busy work.

6. Intensely focus on customer feedback to refine your ideas about what they want to buy until you can speak directly to this unfulfilled need. Brian Morgan focused on sharing his love of exotic travel destinations.

7. Build a company culture that focuses on a team spirit.

8. Participate in community events to expose people to your business.

9. Find a mentor who can help you learn the business faster than any educational media or seminar can teach you.

10. Leverage the power of the Internet to reach a global audience.

Paul Graham, the co-founding of the Y Combinator seed capital firm that invests in startups, offers this piece of advice: “You need three things to create a successful startup: to start with good people, to make something customers actually want, and to spend as little money as possible.”