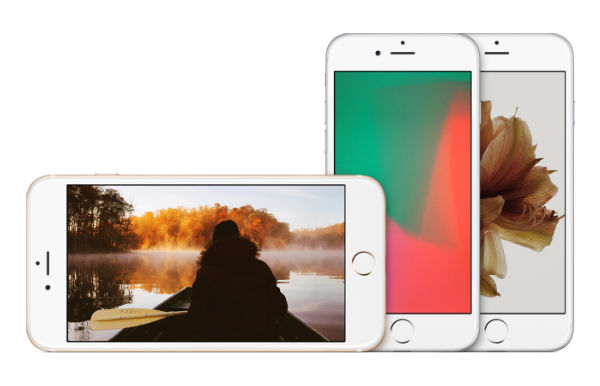 With the release of each new version of the iPhone, Apple’s grip on the most lucrative segments of the mobile device market becomes even stronger, and with the success of the iPhone 6 during Apple’s calendar 4Q14 it is clear that Apple’s dominance of the premium smartphone market is uncontested. For the first time, iPhone revenue accounted for more than two-thirds to total revenue – iPhone revenue climbed 57% year-to-year in 4Q14 to $51.2 billion, accounting for 68.7% of Apple’s total $74.6 billion in revenue in 4Q14 – signifying that the iPhone has been cemented at the core of the value propositions of Apple’s entire product and services portfolios.

The iPhone will not only drive Apple’s revenue and profit growth through 2015, but its sustained success and growing customer base will exert greater influence on how Apple organizes and manages complementary businesses such as the App Store, iTunes and its retail business in order to maximize the leverage provided by the iPhone in order to immediately establish leading positions in emerging segments such as wearables, the Internet of Things (IoT) and mobile payments.

TBR believes Apple is primed for a run of year-to-year growth each quarter in 2015 between 5% and 10%, particularly as its relationships with China’s largest carriers, China Mobile and China Unicom, mature. Fervent customer demand for Apple’s brand and devices globally continued to fuel phenomenal growth of the iPhone business, and China is emerging as an important pillar of Apple’s long-term growth strategy. Apple’s success in China – Greater China revenue surged 70% year-to-year in 4Q14 to $16.1 billion and demand has only begun to reach a fever pitch – has begun to mirror the success Apple has had, and continues to have, in developed markets such the U.S. and Europe, setting the stage for sustained, significant growth even if growth in developed markets should begin to taper off as its installed base grows larger.

TBR believes sustaining growth of its Mac PC segment, which shipped a record 5.5 million units in 4Q14, or remedying continued revenue and unit shipment declines in its iPad business, will be secondary concerns for Apple as the iPhone propels Apple’s overall revenue and profit growth through 2015.

Apple’s brand and massive, loyal customer base will provide it with significant advantages in emerging technology segments

The phenomenal profits generated by the iPhone further expand the stockpile of cash Apple uses to create new ways of engaging with its customers, and in some cases, creating new ecosystems, particularly in mobile payments and wearables. TBR believes Apple Pay is poised to have a tremendous impact on the nascent mobile payments marketplace; platforms and software from PayPal, Google Wallet and many other vendors were in play several years ahead of Apple Pay, but to-date have lacked the engagement of users, financial institutions and retailers due to clunky user interfaces or concerns about security and user privacy.

While Apple’s approach to mobile payments aims to make it easier to use a mobile device as the vehicle for everyday payments, its simplicity establishes Apple’s mobile payments model as a de facto standard, positioning Apple to capitalize on the expected uptick of mobile payment usage by consumers. Apple’s approach allowed it to break the logjam that held back mobile payments, as well as the management expertise to use that power to benefit its discrete product segments. The key component of Apple Pay is the iPhone, and as consumers are drawn to Apple’s mobile payment technology, the sales success of the iPhone will continue in tandem. TBR expects Apple Pay will contribute to Apple’s revenue, even if the percentage Apple claims of each transaction is small. Mobile payment volume will be large; TBR believes it will increase as the success of Apple Pay drives retailers and banks to join.

Additionally, Devices such as the Apple Watch, scheduled to be released in April 2015, not only primes Apple for success in the wearables market, it also provides a device that allows it to pioneer the segment and boosts the credibility of the wearables market as a whole to customers skeptical about new wearable devices. The Watch will contribute nowhere near as much to Apple revenue as the iPhone, but it will more than compensate for decreasing iPad sales. Apple’s consumer loyalty enables it to place premium prices on its products compared to peers’ offerings, and the Watch will allow Apple to reap the financial benefits of its customers’ loyalty but also establish its device as the gold standard.