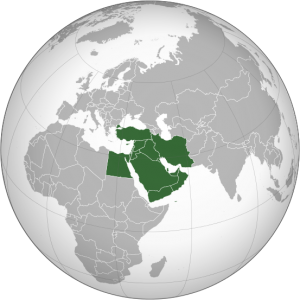 The Middle East and North Africa region (MENA) has been an expat hotspot for decades thanks in the main to the discovery and subsequent development and exploitation of oil. But nowadays with oil reserves diminishing at an alarming rate in some countries of this vast region, diversification into relatively new sectors such as tourism and finance is the new game in town. But what’s it actually like living and working in the MENA region? Depends, is the answer, and in which country.

While in some parts of the Middle East there is still a culture of keeping up with the Joneses, the truth is there’s no stereotypical MENA country, and while Arab culture and Islam are still dominant forces, the region is changing, sometimes dramatically as evidenced by the recent Arab Spring and the consequent civil war in Syria which sadly has led to the mass exodus of millions of refugees into neighbouring countries such as Lebanon.

Within the UAE, says Communicaid, Islam plays a major part in shaping society. Everything from food and clothes to education and laws are influenced by Islam, the official religion of the country. Thus understanding the effect this has on everyday life and on business culture is a vital first step in conducting effective business in the UAE.

Family and tribal connections are also important in the UAE, says Communicaid, shaping values and behaviour and supporting members both financially and emotionally. This, too, is often reflected in business where companies can be run by and employ several members of the same family or tribe.

Understanding the importance of hospitality in both social and business contexts is also essential. Guests are treated with enormous generosity in the home where a feast of traditional Emirati food is usually offered. Business meetings are almost always accompanied by traditional Arab coffee and pastries.

In peaceful and stable countries like Saudi Arabia and the United Arab Emirates (UAE), for example, expatriates are more likely to be concerned about the state of their bank account rather than the geopolitics of the region. But getting to grips with Arab culture and business etiquette, especially for many Western workers from Europe and the United States, can be a particularly trying experience.

It’s just as well there are many organisations and firms able to walk the employees of both multinational and smaller-sized companies through the complexities of living in and operating across this vast and dynamic market of more than 345 million people, where GDP last year totalled a staggering $1.49 trillion, according to World Bank figures.

One of the most experienced is Communicaid, a global culture and communication skills consultancy which helps businesses reduce risk and optimise opportunity while operating in international markets. And they’ve assisted some major corporations and organisations do just that, such as Sony, BAE Systems and the European Bank for Reconstruction and Development.

And, finally, don’t assume the person asking all the questions at business meetings holds all of the power. Usually this person is considered the least respected and least important, says Communicaid, adding, “The decision-maker is usually a silent observer and will only speak when discussions come to a close.”

There you have it, a few of many valuable nuggets of information which are available on the Communicaid website. You can check out lots more here.

4 Ways To Ensure Your Business Thrives

4 Ways To Ensure Your Business Thrives