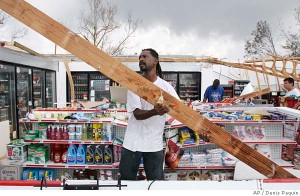 There is very little evidence that home insurance claims have risen overall in the last five years. The latest data that has been placed in the public domain by the Association of British Insurers was for 2013, and during that year home insurance claims that were met amounted to £9.1 million a day, giving an annual payout of £3.32 billion a year.

Looking at the years prior to 2013 (BSI Claims Statistics Update), the peak year for claims in terms of monetary value was 2008 with claims peaking during the third quarter. Claims during 2009 were significantly lower, and peaked during the first quarter of the year.

In 2010 claims were fairly flat throughout the year with the overall value being less than in the previous two years; though in 2011 there was a peak in the second and third quarters which made the annual claims considerably higher than the previous year. 2012 was one of the lowest years for insurance claims, and in the first quarter of 2013 there were fewer claims than any quarter since 2008, though there was a peak in the second quarter and a smaller peak in the third.

Almost a quarter of home insurance claims are made as a result of the weather, for instance flood and storm damage, annual weather patterns play a large part in determining the scale of home insurance claims made that year. Similarly, a quarter of claims are made as a result of water damage, and when we have a very cold winter the incidence of burst pipes and resulting claims also increase.

Every indication from the Intergovernmental Panel on Climate Change (IPCC) is that there will be more floods, heatwaves and coastal storms in the UK and that increasingly more families will be forced out of their homes due to flooding.

In our changing world it is vitally important for every household that needs it to ensure that it is fully covered by home insurance. To do otherwise can only be a folly.