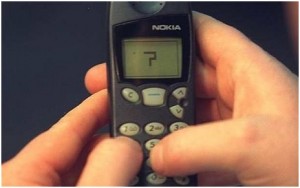 Remember Snake? If you’re latter day Gen X or a Millennial you probably played it on your parents’ Nokia – it came preloaded on all the company’s phones after 1998. And if you weren’t one of the lucky kids lugging around a handheld system in your backpack it may have been your very first taste of mobile gaming. Nostalgia may even be the reason Snake is still on your phone, this time in the form of an emulator.

Going by today’s standards it’s a laughably simply game. And yet its vast and enduring popularity helped clue early game designers in to the true potential of mobile gaming.

Today’s gaming landscape is as different from last century’s as Snake is from Deus Ex: The Fall but they’re nonetheless connected. The global games industry, according to Digi-Capital, is going to be worth more than $100 billion by 2017. In the US, mobile gaming is currently a $7 billion market but that could jump to a whopping $28.9 billion by 2016. Michael Pachter, an analyst with Wedbush Securities, notably predicted that console gaming is dying. To understand why, you need to take a trip back in time – 25 years back, to be exact, to the release of the low-power, low-tech and surprisingly rugged Game Boy.

The first mass produced handheld system was hugely popular and morphed into many, each a little better than the last until the Nintendo DS and the Sony PSP – which after a relatively short reign were marginalized practically overnight by the iPhone and the opening of the app store. Suddenly mobile gaming was for everyone. There were no extra gadgets to buy because we were all walking around with platforms in our pockets. On top of that, there was an open and democratic market for third-party game designers and distribution channels that led directly to players. Instead of having to wait for new games, new titles were being released faster than we could ever play them. 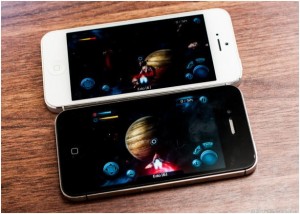 But there was one problem. As cool as it was to play games while waiting in the grocery store queue the graphics and the game play were seriously lagging. The idea of yesterday’s mobile games ever killing the console was pretty laughable but today’s? Thanks to Snapdragon’s Adreno GPUs and other technological advancements modern mobile games are comparable to sixth gen console titles in terms of look and feel – and you no longer have to choose between graphics, length of play or speed because you get all three.

In fact, the newest titles look so good that tablets, phablets and phones are quickly becoming people’s go-to gaming devices.

Looks and battery life aside, there’s one more reason why mobile gaming is taking over the place in our hearts where consoles, computers and handheld devices used to live. Enhancements to audio input, video input, touch screens, GPS, proximity sensors and accelerometer input are transforming the way we interact with our games. New games are making full use of not only location and player movement, but also our physical surroundings to create amazing, sharable augmented reality experiences.

Whatever the future of the mobile sphere and the gaming industry, expect new innovations in gaming from month to month. Maybe even week to week! We’re living in something of a golden age of gaming where everything that was once only accessible in the living room is now available all day, anywhere right in the palms of our hands. 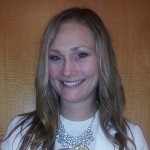 Jessica Oaks is a freelance journalist who loves to cover technology news and the ways that technology makes life easier. She also blogs at FreshlyTechy.com. Check her out on Twitter @TechyJessy.