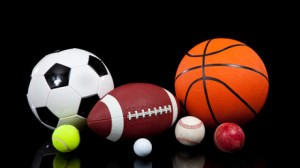 Many young high school and college athletes dream of catching that big break. They work hard at the chance to play for the NFL, NBA, and other professional leagues that will provide them money, fame, and a chance at a career doing what they love most. However, there’s a 1 percent chance of that happening.

That doesn’t mean though that these talented individuals have to give up their dreams of having an amazing career in the industry they love.

If anything, they can take the life lessons learned playing sports and apply them to one of the top paying sports-related careers in America:

According to Forbes, a physical therapist enjoys one of the highest paying and enjoyable careers in sports. Although many teams hire full-time physical therapists, people in this field also do well in the private practice spectrum. On average, the median salary is $76,000.

It’s All About the Stats.

In his article Best Jobs In Sports 2013, Kyle Kensing said statisticians have played a major role in the athletic world for some time; however, not until recent years have they gained public prominence. Thus, for those sports enthusiasts who have a knack for numbers, sports analytics remains a growing field with a median salary of $73,000.

Athletes have to focus on performance and giving their best. When they make mistakes that cost a game, they not only have to face their teammates, coaches, and team owners, but they also face public scrutiny. Athletes are not robots, and sometimes they break under this pressure. This is where sports psychologists help. They provide athletes with focus on mental preparation for top performance and help them cope with the difficult aspects of their careers. On average, these psychologists make $69,000.

The Jerry Maguires of Sports.

“Show me the money!” The famous quote from the movie Jerry Maguire isn’t too far off point even though the 1996 blockbuster belongs in the fiction realm. In the movie, Maquire, a sports agent who, after having a moral epiphany and quitting his firm, goes solo and negotiates a contract for his single client, Rod Tidwell. In reality, that’s exactly what sports agents do, and many have success working with firms or doing the solo bit like Maguire. The median salary in this field is $65,000.

A Lot To Consider.

Although this article focuses on higher paying jobs in the sports industry, there are many more top positions to consider including that of a public relations manager, coach/manager, event coordinator, photojournalist, sports broadcaster, and sports advertising account executive.

In other words, young athletes don’t have to give up their dreams of joining the world of sports if they don’t belong to the less than 1 percent of athletes who go on to play professional sports. They have many alternatives to be successful doing what they love both on the field and behind the scenes.

How To Refocus And Re-Energise Your Workforce For 2022