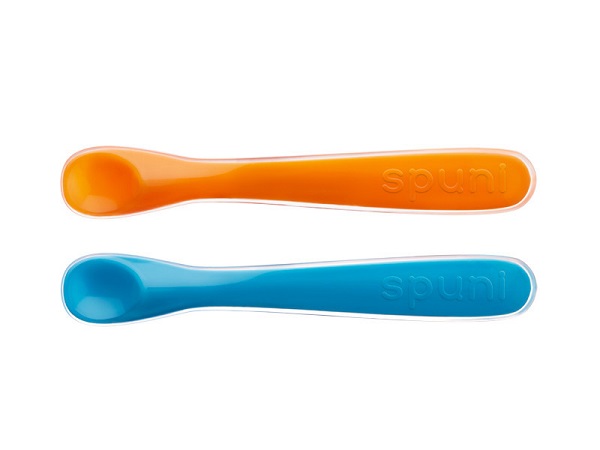 The 3D printers you may have read about or have seen on TV may seem like experimental technology from the future, but their use in small to medium businesses is becoming more frequent. Just 2 years ago, the average cost of a 3D printer was around $200,000.

That price is now closer to $10,000, with many other options available for less than $1000. Falling costs for means that 3D printers are no longer just for huge corporate industrial firms.

With a $50,000 investment, California-based Olloclip has used 3D printing to manufacture prototypes of its iPhone accessory, thereby cutting costs involved in outsourcing the model creation and eliminating the risk that the blueprints are leaked by a third party. Olloclip even uses their 3D printer to create mockups of the next iPhone to be ready with new accessory prototypes they’ll be sure will fit the new phone.

New York-based baby spoon manufacturer Spuni (pictured) bought a 3D printer for about $2000 and immediately began to see their profit margins rise. Their in-house 3D printing capabilities meant that they could generate their first prototypes in just months at a much lower cost than a third-party manufacturer would have charged. They could even make small adjustments to the prototype over and over again to perfect the design without worrying about excessive costs.

The “ink” for your 3D printer will be one of the biggest costs on your budget. Unless you’re using a highly specialized 3D printer that prints using metal or ceramic “ink,” your printer will likely be using plastic filament, which goes for about $25 to $45 per kilogram. That means there’s quite a high profit margin on 3D printer ink, considering a kilogram of the plastic used to make it only costs about $2.

The companies selling the ink use the same rationale that inkjet printer manufacturers use: the high cost of 3D printer ink goes back into research and development, in the hopes that 3D printer ink becomes less expensive and easier to use in the future. This plan might be panning out. Some companies are now offering 3D printer ink made from recycled plastics for about a third of the cost.

Investing in 3D printing technology is definitely a wise investment for small businesses, especially those specializing in manufacturing. The cost of 3D printers is coming down, but there are still a variety of models to choose from based on your needs and budget.

Even if you don’t need to create new prototypes all of the time, you can still rely on 3D printing shops with their own 3D printers to have the work done for you.  Their custom manufacturing allows you to take advantage of this technology without investing a 3D printer yourself.