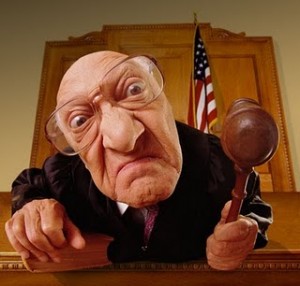 Imagine the scenario.  You have a contract with someone to do something; you pay them; then they not only don’t give you the final product, but they steal it and use it for their own purposes.  Then they do it again with someone else.  You might think that’s a crime of fraud or theft, but it isn’t.  And if the people who are doing this don’t have any money – they are making their living by getting money through contracts they don’t perform, a lawyer won’t take the case either.  It’s an expensive case to pursue with no money at the end of it.  But because of the contract, there’s no way to go after such crooks.  They get away with what they are doing because of the civil-criminal loophole.

That’s what happened to two people I know.  I’ve disguised the names and identifying information to protect the victims and the guilty, but the cases are very real.  In the first case, the man I’ll call Zack hired a man Tony to produce and direct a documentary for him in Hawaii, and they signed a contract for a payment of $60,000.  However, after they flew back to the mainland, Tony wouldn’t give Zack the film, saying he wanted to edit the film to be sure it was done right.  But whatever his excuse, he didn’t return the film in any form, though Zack kept trying to get it back for five years without success. But when Zack tried to find a lawyer, no lawyer would take the case on contingency; one quoted a cost of $100,000 for pursuing the case, and several lawyers pointed up the problem of getting any money.  Tony batted zero when he contacted the police.  “We realize your loss, but it’s a civil case,” they said.

A woman I’ll call Lisa had a similar problem with Tony. In her case, she paid $50,000 to turn her script into a film after meeting Tony at a workshop on making films on a very small budget.  Among other things, he claimed he could call in some favors to create a $200,000 film that looked like a million dollars.  But after Lisa signed the agreement and Tony shot the film, he wouldn’t give her the film footage and claimed various reasons for delays in editing. Then, after five years, Lisa discovered her film footage had been used to create a trailer for a film in post-production under another name on Tony’s website. Though she got the website taken down with copyright infringement notice to the website host, she found herself stuck in the civil-criminal gap.  The lawyers she contacted wouldn’t take the case on contingency because it would be an expensive, complex case to litigate, and she couldn’t afford their fees.  When Lisa went to the police, there was the same story – you had a contract, which makes it a civil case. And if there’s copyright infringement, that’s a federal matter.

Or take this example.  A home repair service or handyman approaches a homeowner to fix something in the house, and they sign a contract for the company to make the repairs and purchase some supplies for the job.  But then the company doesn’t complete the repairs properly and doesn’t use all of the supplies or uses supplies which cost less.  Whatever the specifics of the situation, the company has gotten money for the job and the supplies, the customer has little recourse, and the company is on to the next.

In short, such cases, where a person intentionally gets funds based on a contract but uses the money or products for his or her own purposes, fall between the civil and criminal justice cracks.  Legally, there is little hope of redress in the civil courts, because the people don’t have enough money to make a case against the party that wronged them worth pursuing. And law enforcement regards such fraud, theft of property, or copyright infringement cases as a civil matter, because the case started with a contract or promise.  So someone who does this can keep getting money and taking property for their own uses from a series of victims without any way to stop them, other than warning prospective victims to avoid dealing with them. But that’s a near impossibility, as they move on to other victims, who are unaware of their previous scams.

The difficulty comes from the way the laws are written so there is this civil-criminal justice loophole. For example, Hinkle, Jachimowicz, Pointer & Emanuel note the differences between civil and criminal cases on their website and point out how the same actions can sometimes be both a civil and criminal matter. And the www.diffen.com site, which compares the civil and criminal law, points out that the laws have two different objectives – redress, commonly in the form of compensation in a civil case, and punishment in a criminal case, which sometimes can include restitution for the victim.

However, what these legal comparisons overlook is the problem for a case where there is a criminal intent, what is called mens rea in criminal law, but there are civil elements, because the acts of the case arose under a contract, although the person’s actions went beyond non-performance or a breach of the contract to a crime of fraud and theft.  So such “criminals” can easily get away with using contracts and promises to get money again and again. Maybe at some point, after there are dozens of victims, there might be enough acts to draw law enforcement attention.  But initially, there is little individual victims can do, since are caught in the civil-criminal trap – unable to get any redress through the civil courts, and the police feel they can do nothing, because they consider this a civil case and not a crime.

Thus, this article is designed to be a wake up call for prospective victims to be aware of this problem and to legislators to change the laws to enable the police to take action in these kinds of crimes. 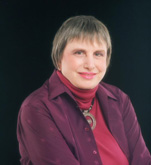 Gini Graham Scott, PhD, writes frequently about social trends and everyday life, and is a regular columnist for the Huffington Post. She is the author of over 50 books with major publishers and has published 30 books through her company Changemakers Publishing and Writing. Her latest books include “The Battle Against Internet Book Piracy” and “How to Find Publishers and Agents and Get Published“.