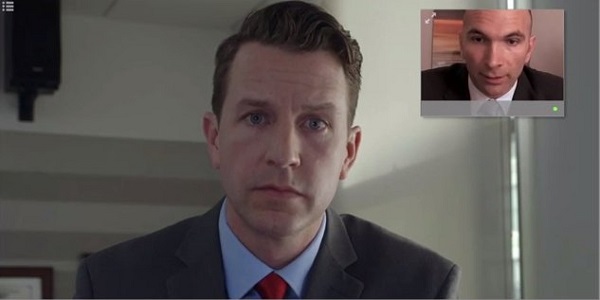 by Melissa Thompson, CEO of TalkSession

The “World’s Toughest Job” online job advertisement (above) led to a viral video compilation of the 24 applicants interviews. The candidates vied for a position described to offer 135-hour workweeks, no vacations, no breaks no pay, and required degrees in medicine, the culinary arts and finance. [Spoiler alert] While “mother” was the role described, the role of caregiver was my first guess.

There are 85 million mothers in the United States. Not far behind (and often overlapping), every year more than 65 million Americans provide care to someone who is ill, disabled, or aged. AARP’s Public Policy Institute’s report, “Valuing the Invaluable,” estimated that this hidden segment of our healthcare system represented $450 billion of unpaid, unaccounted for, services in 2009.

Our population is aging and mental health is a pervasive and growing issue in elderly. The role of caregivers will become more critical then ever. Our healthcare system is not prepared for the dire consequences of psychiatric syndromes and conditions that our will be face as the population ages – both for the aging population, as well as their caregivers.

The geriatric age group is the fastest-growing segment of the population. These users of healthcare services will rapidly overwhelm the resources available to them, and their caregivers, as there an inadequate number of clinicians being trained for eldercare, and the necessity of provision of care to the caregivers is not widely recognized.

According to the National Institute of Health (N.I.H.), “it is estimated that 24.3 million people worldwide have dementia, with 4.6 million new cases of dementia every year” and the number of people affected is expected to double every 20 years to reach 81.1 million by 2040. This impending health crisis will inundate the healthcare system, creating emotional and financial burdens for families, with caretakers struggling to fill gaps in health services.

Caregivers, often overlooked, struggle with feelings of guilt, isolation, resentment and depression. The American Association of Marriage and Family Therapy’s research concluded that 50% of family caregivers had clinically significant depression. Caregivers also experience higher levels of anxiety, physical illness, and risk of death. Frequently without proper support of their own, increasingly overworked caregivers hang on in exhaustion, constantly aware of their own fragile mental states. It is important to recognize the mental health and wellness of caregivers as they are a critical piece of care for the elderly.

At TalkSession, we strive to increase patient’s access to quality mental healthcare across the care continuum. Related to our work in geriatrics, I conducted an interview with a caregiver who highlights the desperation of her dilemma. Sadly, Stacy’s story is all too typical.

Stacy was 34 years old when she started caring for her father full-time – a role she took on “in an instant,” as she recalled her initial days as a caregiver. “I just noticed there was a change in his voice, as though he wasn’t quite certain who was on the other line.” Stacy quickly made her way from her Atlanta home to her father in New York City. What she discovered still impacts her years later as she continues to balance the needs of her father with the needs of her family.

Stacy found her father locked in his home, which had become a toxic environment due to hoarding. His body had been ravaged by illness and lack of care. “I often wonder if I had gotten to him earlier if the outcome would have been different,” she shares. “I feel like I should have known. There were signs, just not very obvious signs. He was adamant about no longer using Skype, but it had been our way of keeping him connected to his grandchildren. Why would he suddenly not want to use it at all?”
In trying to keep his changes in appearance and the shame of the condition of his home a secret, Stacy’s father was creating distance from family and friends. Over a two-year period Stacy learned that her once outgoing father had managed to hide his condition from all of his family and friends, “He had forced everyone away and I didn’t realize it.”

This common problem is too often a reality and it presents an even deeper issue as the success of treatment can depend on early intervention. “In a two week period I learned that my father had not only Early Onset Dementia, but also tiny masses in his lungs and prostate, believed to be cancer.” Stacy’s father, just 62 at the time was otherwise healthy, active, and a non-smoker.

“I wasn’t prepared. I went from being the daughter he cared for, to a stranger. He didn’t know me; his rejection of me was difficult. I felt guilt and shame all at once.” Unprepared for what would come next Stacy sought out resources for treatment – resources that were largely unavailable.

With siblings scattered throughout the country, it became evident she would have to take on this responsibility alone. “I have 3 brothers, one is married, the other two are fairly young, but somehow I thought when it came to dad we would share in decision making and care.” This couldn’t have been further from reality. In fact, the reality for Stacy was that she became the only person involved with her father’s medical care. Making decisions was left to her discretion. Her once tight bond with her siblings has become non-existent as the conversations have become more difficult.

Stacy shared that at times she feels isolated and that her siblings avoid her to avoid dealing with their own feelings about their father. “It is a struggle,” she says, “making plans is fragile. I am always aware that all plans could be derailed depending on how dad’s day shapes up.”

Dealing with medication, incontinence, and adult proofing a home are the unimagined but all too real daily chores that have become a part of Stacy’s life. This comes at a heavy price, seriously adversely affecting her career, relationships and family.

“I don’t complain, he took care of me,” she shares, “but it is a burden. I feel guilty that I sometimes want him to just say thank you, but so many days he thinks I am his enemy who has him trapped.”

According to Pew Research, over 1 out of every 8 Americans is a part of the “Sandwich Generation” – providing care for a parent while simultaneously raising a child. Through my work with TalkSession, I spoke with a geriatric nurse, who expressed the difficulties of this dichotomy:

“The hardest thing has been watching my two year-old grandchild grow and develop, while watching my mother decline. They approached each other at one point in terms of abilities: my mother declining and my grandchild developing. And then they separated with my grandchild learning new things and my mother forgetting them. Living this tragedy and being a victim is horrific; the only thing that is somewhat consoling, is the knowledge that my mother is unaware of her disease and that the main burden of “living with Alzheimer’s” rests on my shoulders, not hers. Some days, though, I am unable to see her as a nurse would and the realization hits me that this is my mother.”
Caregiver burden will likely become a recurrent theme in larger mental health crisis. The impact of this is larger than most realize, as the depth of the link between physical illness and mental illness is still unknown.

As for those who will need care, the Alzheimer’s Association reports that in 2013, 15.5 million family and friends provided 17.7 billion hours of unpaid care to those with Alzheimer’s and other dementias. To put a dollar figure on that care it amounts to $220.2 billion, with more than 60% of this care being provided by women. The burden of caregiving is responsible for an additional 9.3 billion dollars in health care costs for caregivers, with 1/3 of caregivers reporting symptoms of depression.

As we embrace new healthcare mandates, it is critical that mental health for geriatric patients is a conversation that is at the forefront of our dialogue because we will need to provide specialty care for these individuals as well as the people who devote time to care for them.

The impending surge in cases of dementia creates an urgent need to take aggressive action now to address the needs of our aging population and their families, because these are the tough jobs that need to be filled. 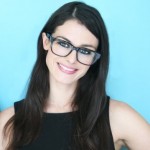 Melissa Thompson is the founder and CEO of TalkSession (www.talksession.com), an online counseling company which launched in April 2013.  She is a member of GE & StartUp Health’s Entrepreneurship Program, as well as Springboard Enterprises’ Life Sciences Accelerator. Previously, Melissa was an analyst at Goldman Sachs as well as a technology and business development advisor to multiple startups. Melissa is a member of 37Angels, a Board Advisor to the Flawless Foundation and Newport Academy, and is on the Board of Directors of the Center for Health Innovation, Women in Healthcare & Life Sciences.