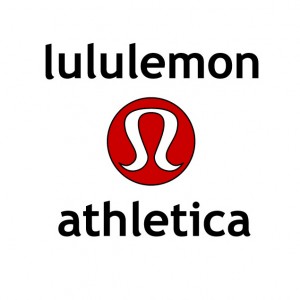 Lululemon burst onto the fashion scene seemingly out of nowhere a couple of years ago and now it is a billion dollar industry. It is not, though, a brand new company that “hit it big” overnight. On the contrary. Lululemon has been in business for fourteen years and unlike other small companies that work hard to strike it rich and build a global audience as quickly as possible, Lululemon has actually worked to stay relatively small, which is just part of its allure.

The truth is that there is a lot that start up entrepreneurs can learn from Lululemon’s history and the actions of its founders, Chip and Shannon Wilson. Here are just five of them.

“Diversity is for later” is a common misconception among new upstarts. If you want to succeed, though, you might need to look beyond your myopic view of success and get creative to keep the doors open and find the funding you need. Lululemon, for example, didn’t try to raise a huge chunk of money in the beginning and then hope it would sustain them through their initial development phases. Instead they started in a small space that was a design studio during the day and a yoga studio at night. The revenue earned from the yoga classes taught in the evening kept the design studio running through the early stages of the company.

2. Find a Problem that Needs to be Fixed.

This is common wisdom in the entrepreneurial world. If you want to be successful you need to find a problem and figure out how to fix it or to meet a need that is common for your target audience. It worked for Lululemon. While the Chip Wilson’s passion for yoga was ignited after a single class, the idea for a line of yoga-gear didn’t come to him until he noticed just how poorly cotton-based yoga clothing performed during classes. He saw a need for better gear and he filled it. Viola! His billion dollar baby was born.

While the Wilson’s are yoga and healthy living enthusiasts, they didn’t start out as experts in these fields. They knew that, in order to design and create clothing that actually helped their fellow yoga fans; they’d need to bring in some experts. The Wilson’s asked their yoga instructors to wear the prototypes Shannon designed and encouraged them to give their feedback on the clothing.

Here’s the important part: the Wilson’s listened to the yoga instructors and others they convinced to try out their prototype line. Listen to the people around you who know more than you do or who have come before!

Lululemon grew because it had to. They reached a point where they either had to grow or the company would die. Business at their single store was overwhelming, demand for their product was high and their employees were overworked trying to keep up. So, to save everybody’s sanity and to meet the increasing demand, the company opened more locations and grew right along with the demand for the product.

Popularity does not mean that you have to give up your initial vision. In spite of growing to be a billion dollar empire, Chip Wilson is still the head of the Lululemon Corporation and the stores are built to feel like neighborhood shops. Customer feedback is still the company’s primary method of figuring out how the business should shift and grow. It can be done.

When you do reach a high level of success, it is important to give back to your community. Chip Wilson and his wife Shannon have taken huge chunks of their profit and donated it to schools and other charity based organizations. They’re doing a lot because they have a lot. This level of philanthropy helps build awareness of and affection for the Lululemon brand. And it probably feels pretty good too. Giving back helps everybody.