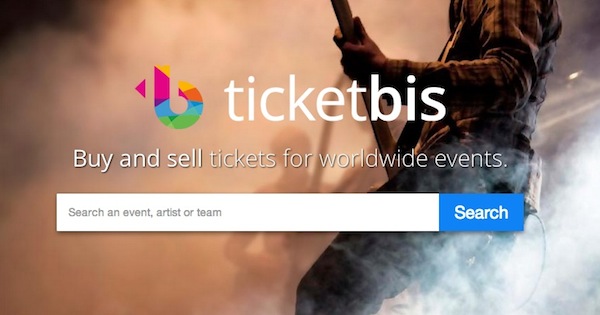 Have you ever bought tickets to an event but later couldn’t make it, and found it a challenge to find someone else to take them off you? You know, like those coveted Radiohead tickets for a concert in your town as part of a very limited tour, but something urgent cropped up at the last minute but it would be a shame if it was wasted? Sure, you could spam messages on your social media platforms such as Facebook and Twitter, or on classified ads sites such as Craiglist to find someone willing to buy them at a decent price, but surely there’s a better way.

Well, there is. Ticketbis is an online platform where users can easily and securely buy and sell tickets for every kind of event, such as concerts, festivals, theater plays, art performances or soccer games. Offering over a million tickets for events all around the world in a transparent manner, the site threatens to put ticket touts – those you find outside event venues selling tickets at highly inflated prices – out of business.

Since its founding in 2009 by Ander Michelena Llorente and Jon Uriarte Uranga in Bilbao, Spain, Ticketbis had quickly dominated the market in Spain. The company then started its international expansion, and today has presence in 15 countries around the world in especially in Latin-speaking countries (which isn’t a surprise considering its Spain roots), but also covers parts of Asia including Japan, Hong Kong, South Korea and Singapore.

An online ticketing trading platform is a great way for users to trade tickets they’re not likely to use; for Ticketbis it’s a likely ticket to startup success.