Like many business owners, you rang in 2014 with great optimism. This was supposed to be the year you moved results to the next level. So, when you sat down at your desk this morning and saw the big gap between your projected Q1 goals and your current reality, you nearly spit out your coffee. What you thought would catch fire… didn’t. That big product launch, marketing strategy, or customer engagement plan you knew was a sure thing appears to be sliding into a death spiral. As you envision sand slipping through your end-of-quarter hourglass, you can’t help but wonder: How am I ever going to turn this around?

Take a deep breath and maybe one more steadying sip of coffee. Here’s some advice to help you snatch victory from the jaws of defeat.

This is not the time to panic, even if every instinct in your body is urging you to. Wringing your hands won’t salvage the numbers. Nor will whiny excuses that begin with ‘But the economy….’

No, now is the time to shake it off, get back in the proverbial saddle, and work smarter than ever. You really can salvage this quarter and maybe even blaze through it with record profits — but you’ve really got to stay relentless.

I teetered on the brink of disaster many times as I was starting my company. Instead of ‘launching’ it, I often felt like I was frantically giving it CPR. But I always turned things around — and so can you.

Here are five ways to keep your Q1 Report from going up in smoke:

1. Get that one damn thing done — as soon as possible.

Profits are created from a series of actions: new products launched, clients contacted, etc. Like the components of a Mouse Trap game, each action adds up, and eventually, you gain enough momentum to capture success. But here’s the catch: You’ll never achieve that critical mass unless you complete enough of those actions in time — and with the end of Quarter One looming ever closer, the clock is ticking.

Get in the habit of constantly asking yourself, What’s the one action I need to take right now that will make the biggest difference in actually achieving my goal? And then, get that one damn thing done as soon as possible. Action breeds action. And a series of effective actions, one after the other, can add up to big-time revenue in record time. Really.

2. Figure out what you care about vs. what you couldn’t care less about.

Nothing causes your profit line to hemorrhage faster than giving energy to things that just don’t matter. And that’s often what happens when you first realize you’re not on track to meet your targets. For instance, the thought of confronting dissatisfied clients and bringing them back on board seems too overwhelming… so you organize your email inbox instead.

Checking minor, busy-work tasks off your list can make you feel like you’re making a difference, but you’re just fooling yourself. The ability to turn around a lackluster profit picture almost always rests on distinguishing between what will make a difference — and what won’t. When you put too much attention on the latter…congratulations! You’ve just assured that your disappointment will compound, and that you’ll have to come up with some really creative excuses to explain why.

Yes, this piece of advice seems obvious. But it’s also one of the things businesses (and individuals) ignore most often. When a disappointing or painful setback happens, many businesses simply stop. They aren’t willing to push beyond it, and they don’t realize that the very setback that has stalled them might also be the doorway to success.

When I advise you not to quit, I’m not saying that you should blindly throw all your energy at a goal. Instead, I’m encouraging you to see failure as another step in your stairway to success. Failure is painful, but if you’re willing to listen, failure will also tell you exactly where you went wrong. With a little ingenuity, you can turn your mistakes around, patch the holes in your plan, and plot your path to the profit you want.

4. Handle your emotions (or they will handle you).

Staring down the Road to Ruin (or at least the Path to a Miserable First Quarter) isn’t fun. It’s depressing, stressful, terrifying, and when you’ve spent a ton of time getting something together that you thought would be great, but wasn’t, it can be devastating. But letting yourself wallow is a huge mistake. If your emotions don’t paralyze you or prompt you to give up, they’ll skew your perspective and push you into making the kind of panicked decisions that lead to financial disaster.

Emotional business management almost always puts you on the fast track to failure. If you need to nudge your revenues back up to where they should be, you can’t afford to see the world as you wish it was, or as you fear it might be. Instead, you need to formulate a plan that’s based on clear, unadorned reality.

And then you need to trust your gut. Far too many well-meaning people are convinced that logic must rule. They wait for an absolute answer… and wait and wait and wait. Waiting for that absolute is what stops them. Trust that you know when you know better. If you feel in your gut that your currently struggling customer referral program will pick up steam, then stick with it. If your gut is telling you it’s time for another approach, then make that your focus. But don’t let your emotions pin you to the spot you’re standing in right now.

You can see that at their current rate, your profits aren’t going to meet your projections. What’s your first impulse? If you’re like most people, you’ll get “realistic” and start scaling those projections down. Good idea. If you enjoy watching huge amounts of money going up in flames right before your eyes, being realistic is often the best way to do it.

Okay, let me clarify. If you want to stay in business, you have to be realistic about what your resources are and about what you can reasonably and legally accomplish. But you don’t have to be realistic about how you achieve those goals. In fact, throwing prudence and ‘the way we’ve always done things’ out the window can be the fastest path to turning disappointment into dollars.

For example, a few years ago, my company got a late start on promoting an event that would be pivotal to our future. We knew that realistically there was no way to catch up. So we got unrealistic, fast, by offering our partners a 100 percent commission for every referred ticket sale. Talk about unreasonable! But guess what happened? Our database went through the roof. Confirmed attendees doubled in a matter of weeks. The event’s attendance nearly tripled from the previous year. And revenues from sales at the event exceeded all expectations.

You’ve spent hours, days, weeks (and more!) formulating a strategy to ensure your business’s growth. For a while, things went according to plan. But now, as the numbers clearly demonstrate, kinks have crept into the system. That much is undeniable — but it doesn’t mean that turning your first quarter around is a hopeless task.

Ever see a construction site? It’s a hot mess! There’s mud. Equipment. Wires. Concrete and steel sticking up every which way. The thing is, underneath all that disorder is a blueprint that will deliver a beautiful building once every component of the ‘mess’ has found its proper place. Likewise, a profit plan that seemingly dissolves into a mess might really be a vibrant future with an ‘Under Construction’ sign hanging from it. Know this: Just because things look messy right now, doesn’t mean that things are a mess. And overthinking a plan that was fine a few weeks ago is the surest way to ensure that the future you’ve planned never happens. If you press on, you might find that this ‘mess’ is actually the embryo of ‘success.’ 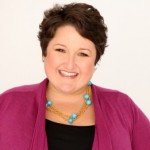 Suzanne Evans is the author of ”The Way You Do Anything is the Way You Do Everything“. She is also owner and founder of SuzanneEvans.org, the “tell-it-like-it-is,” no-fluff boss of business building. She provides support, consult, and business development skills to the over 30,000 women enrolled in her wealth and business building programs. Having gone from secretary to surpassing the seven-figure mark herself in just over three years, she has made the Inc. 500/5000 list two years running, exceeding $6 million in revenue.