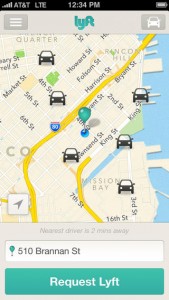 2013 saw a lot of new technology. So much so, in fact, that the competition ended up creating a bittersweet outcome for most companies. Now, with the new year, people have had enough time juggling all of these new technologies to figure out which ones they like, as well as what they like or don’t like about them. Here we’ll check out some of the top tech start-ups that might have a chance of really breaking through this year.

If you haven’t heard of these, and you love technology, you should check them out. If nothing else, you’ll have a lot of fun marveling at the creativity in these ideas:

Tinder offers an edgy mobile dating app that some people consider controversial. This application allows users to browse through other potential suitors in a way like shuffling through a deck of cards; except instead of cards, they’re shuffling profile pictures. It pretty much acts like a dating version of Hot or Not, but simultaneously uses GPS to locate people near you.

It’s pretty cool, as if you and somebody like each other, you can meet up in person pretty easily. The app reports having facilitated around 500 million matches since it launched not much more than a year ago. One of the chief executives of the company says he plans on making the app available in China in a year or less, as they continue to push the global idea.

This app proves the power of initial attraction based primarily on looks and physicality.

Here we have a big culmination of all things Internet. SmartThings offers a single smart app that allows you to automate, control, or monitor hundreds of connected items. You can control your thermostat, coffeepot, doors, locks, or anything else electronically controlled at anytime, from anywhere. It does this by connecting the SmartThings app to a hub system.

Receiving $1.21 million as a Kickstarter funded project, Virginia entrepreneur Alex Hawkinson has put together a promising partnership with If This Then That, a service that also ties other services together. But, rather than appliances, it puts together Evernote, Facebook, Dropbox, and other applications. Hawkinson sees apps eventually controlling, as he puts it “literally everything” in the future.

Grafix Softech doesn’t offer as much of a fun app for the everyday consumer like these other companies. It offers a way to safely receive payment for your business, or for you as a person when a business owes you money (for work, or any other reason) via the Internet. Getting paid online can cause a lot of headaches, especially since you may not ever speak to a real person or get to see the flow of cash until it lands in your bank account.

Grafix Softech aims to have 24 hour a day personal service to each of its clients, finding the best solutions to making sure your payment processes go through smoothly. They also do their best to help you avoid major risks and fraud.

Hukkster takes advantage of the idea many websites have had. It has created a free app that anybody can download for tracking products online and notifies users via text, email, or push notification. Rather than having you sift through everything on sale, or looking for sales, Hukkster lets you “hukk” a product and then notifies you when its price drops by at least 25 percent.

Many people expect Hukkster to revolutionize the way people use the Internet to shop. They already have over 200,000 users and continue to grow at an incredibly fast rate, believing they’ll reach over a million users this year.

Lots of people need rides, but public transit doesn’t always do the job, and cabs can cost a lot of money; often so much that it’s not even worth it to use them. If you want a ride that costs you about 1/3 that of a cab, consider using Lyft to get you around.

This inexpensive, p2p ridesharing service can get you hooked up with other people who need rides as well as drivers. Drivers on Lyft have to go through a criminal background and driving record check before they become official on the app. The app boasts coordinating around 30,000 rides per week by arranging rides directly from the mobile apps with just a few quick motions of your hand. There’s no fare, just donations from passengers, although Lyft offers suggested donation amounts.

It’s headquartered in San Francisco, which probably explains the friendly nature of the app, and has already provided over one million rides since it took off in June 2012. It’s only available in certain cities. So far, 20 cities in the U.S. can use Lyft. Looks like Uber has some über competition.

The most mysterious application on this list, Clinkle tried to stay underground for a while. Clinkle plans to offer a way to make using your mobile phone as a wallet easier than it has been in the past. Unfortunately for many of us, they fail to truly explain any of the details of how this would get done.

The app has an unusually young founder, 22 year-old Lucas Duplan, who has somehow raised over $25 million to help start his company. You can download the app, but you’ll find yourself on a waiting list along with over 100,000 other people. The app has seen almost 20 people leave the company, and recently laid off 25 percent of who remained.

Despite all of this, the amount of money invested and the huge waiting list, combined with the major target of college aged consumers means that the future of this app can only mean something big, whether it’s a big success or a big flop. Also, the idea itself has garnered so much attention that, even if Clinkle fails, it’s opened the door for somebody to come up with a great way to intelligently execute the idea.

Check out each of these tech ideas to get an idea of 2014’s tech future.

Teddy Hunt is a writer with a focus on technology and business. Teddy’s passion to assist nonprofits has led him to work for Goodwill and a Feeding America Food Bank as a social media strategist and web content manager. Teddy is a regular contributor to socialbrite.org where he offers business and marketing strategies for the nonprofit sector.