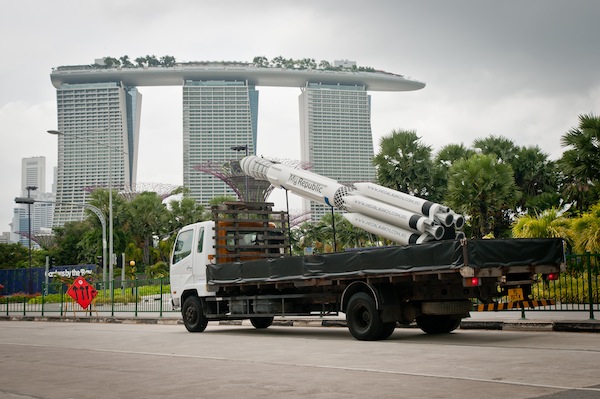 Singapore-based upstart broadband provider MyRepublic has made waves since they entered the competitive market back in 2012; its most recent industry disruption was its announcement last week for its plan to provide a 1 Gbps broadband service package at an extremely aggressive price of S49.99 per month. Today, the service provider upped the ante by announcing MyGigNation, an initiative to attract and entice local independent developers to create, build and test Gigabit-level applications.

The founders of MyRepublic sees the company’s new initiative as a way to help propel Singapore’s position in relation to the rest of the world where broadband performance and accessibility is concerned. “Singaporeans have long since considered ourselves among the world’s best in many areas, and rightly so,” explained MyRepublic CEO Malcolm Rodrigues. “But when we looked at the data from around the world on broadband pricing and take-up, we were shocked.” He points to Singapore’s 55th position for broadband affordability as ranked by the World Economic Forum, and also its relatively low 27th position by the International Telecommunications Union (ITU) for average connection speed.

“There’s much we can improve on as a nation and that’s the challenge we at MyRepublic have taken up,” added Rodrigues. “If we want to build a smart nation, GE (Gigabit Ethernet) innovation must be ‘by everybody, for everybody’.”

The MyGigNation initiative will see MyRepublic start a living laboratory made available to entrepreneurs and small businesses, as a space they can use to build Gigabit services and then exporting them to other countries as they also ramp up their broadband infrastructure. To kickstart MyGigNation, MyRepublic has announced the MyGigIdea Contest that will invite proposals on what developers would wish to develop on the MyGigNation network. The top 10 applications will then be invited to develop and test their services in the MyGigLab. They will then select a winning application or service, who would win S$25,000 in marketing support.