by Julie Miller and Brian Bedford, co-authors of “Culture Without Accountability: WTF? What’s The Fix?“

Was 2013 a bad year for your credibility rating? If you’re honest, you might have to admit to a slip-up or two. (Maybe not on par with the most notorious celebrities and politicians, but bad enough!) Perhaps you were late more times than you would like to admit, you missed several deadlines, you told a few white lies to clients, and somehow you turned into one of the office’s top gossips. There may even have been a couple of bigger transgressions: like promising to increase your sales by 50 percent and then coming in way under the mark (tanking your department in the eyes of the higher-ups).

Now, you’re dealing with the fallout. You have a sneaking suspicion that your fellow employees would rather not have you on the team. Water-cooler whispers tend to stop when you arrive — and start again when you walk away. And when the time comes to suggest names for a project, yours is no longer on the short list. Is it too late to redeem yourself?

Probably not. Chances are you haven’t hit the credibility point of no return just yet — but salvaging your image requires making a herculean effort to be more accountable in 2014.

Credibility is a bit like Humpty Dumpty: easy to crack and substantially more difficult to put back together after the fact. That said, restoring your credibility isn’t impossible, either, as long as you’re willing to follow a specific set of rules from now on.

When your credibility has taken a hit, you have to understand that it’s not just your pride and reputation that are suffering — you have also disappointed or hurt other people in a tangible way. So while a sincere apology for your behavior is the first step, it’s certainly not the last one. Moving forward, you will need to show others through your behavior that they really can depend on you, and that you won’t drop that particular ball again.

Here are 10 rules to help you repair your credibility after it has taken a hit:

Credibility Repair #1: Cop to it when you screw up.

It’s only human nature to make excuses when things go wrong. How often have you said, “It wasn’t my fault,” or worse, “It was his/her/their fault, not mine,” when you knew perfectly well that the blame should be placed at your feet?

It’s always best to “fess up” as soon as possible and take the heat, because as we write in their book, “The truth almost always comes out, and the impact is worse than it would have been if the person had owned up to it in the first place.” Plus the way you handle your screw-ups defines the kind of person you really are. Are you credible, or are you a lying weasel?

By the way, if you’re feeling especially brave, proactively address your 2013 screw-ups with your boss and coworkers. Let them know that you’ve seen the error of your ways and that you will be changing your behavior in 2014. It won’t be easy — fessing up never is. But they’ll respect you for acknowledging your faults, and that respect will increase as you boost your credibility with your improved behavior.

Credibility Repair #2: Always do what you say you’ll do.

Doesn’t it make you crazy when someone says, “I’ll get back to you tomorrow on that,” and days later you haven’t heard a word? Or, “We’ll make sure you get it on Monday,” and nothing happens?

Don’t be that person. If you make a commitment to do something, move heaven and earth to do it, or if you can’t — because circumstances beyond your control have impacted you — let people know immediately, with a plan to fix it. You’ll find that generally others are pretty understanding when you give them legitimate advance notice.

Remember those little white lies you told to get out of a commitment (“Oh, that email must have gotten lost in my spam folder!”) or those misleading statements you made that contained enough truth to sound legitimate?

Do that too often, and you’ll become known as someone whose word isn’t worth much. Telling the truth can be hard, but it’s always worth it in the long haul.

Credibility Repair #4: Speak up when you see something wrong.

Remember that time when one of your peers was throwing his weight around and bullying one of his employees? Not wanting to get involved in the drama, you took the “none of my business” approach to dealing with the problem. You chose not to speak up about the guy’s bad behavior to keep yourself out of the line of fire.

Here’s a reality check. Ignoring someone else’s bad behavior is just as bad as committing the act yourself. When people see you ignoring these problems, especially when you’re in a position to do something about them, they think you’re approving the bad behavior. They assume you’re the same kind of person as the manager yelling at his employees. Don’t be guilty by association. Speak up and show that you value fairness and respect.

Credibility Repair #5: Give constructive feedback (and do it thoughtfully).

Most people don’t like giving feedback and like getting it even less. That’s because feedback usually involves suggestions for improvement. (Ergo, your work isn’t currently up to snuff.) That’s why it’s important to give helpful feedback and to do so in a way that won’t offend the recipient.

When you decide that feedback is required, give it some thought and plan what you’re going to say. Don’t just blurt out your spur-of-the-moment thoughts — chances are, you’ll make a mess of them. You may even come off as superior or hostile. Instead, choose a time and place when the recipient will be most receptive. By showing that you truly care about the other person’s feelings and performance, you’ll reinforce your credibility as a coworker, supervisor, friend, or mentor.

Hopefully, if someone has chosen to give you some feedback, it’s the product of a lot of thought and is meant to make you better.

Feedback should be considered a gift. Treat it that way — even if the person delivering it isn’t as gentle as you would prefer. Pay attention, learn, and improve your performance going forward. A willingness to accept and incorporate feedback also helps your credibility, because it shows that you put your work, not your pride, first.

No matter how many other things you get right, if you’re a total jerk, people aren’t going to think very highly of you.

You might be having a bad day, but that doesn’t give you the right to lash out at someone. Turn the scenario around whenever you’re tempted to be curt, condescending, or nasty. If you were in a service position, for example — say, a bank teller or grocery store cashier — you’d dread dealing with those inevitable customers who dumped their frustrations on you. Yes, being respectful can sometimes require effort and restraint. But it costs nothing, helps maintain and build relationships, and makes you a better person.

Credibility Repair #8: Say yes only when you mean yes.

There are a lot of reasons why you might say yes to another person’s request when you truly don’t feel comfortable doing so. Maybe you’re a “pleaser” who hates disappointing others. Perhaps you want to avoid conflict. Or maybe you simply want to shut down an interaction that’s dragging on and on.

Whatever your reasons, ‘yes’ doesn’t ultimately work unless you mean it. You’ll either have to perform a task you don’t believe in or don’t want to do (which is bad), or you’ll have to break your word (which is worse). Say yes only when you mean it. Even if others don’t like hearing ‘no,’ your credibility will stay intact.

The world is full of people who want to do only the bare minimum. When you push yourself to commit to just a little bit extra, then make sure you get it done, you set yourself apart in the best possible way.

Take the opportunity to differentiate yourself, even if it means staying at work a bit later or learning a new skill. Pretty soon, you’ll have a reputation for being someone to rely on, someone who’s good to have around.

Credibility Repair #10: Be on time.

Sure, there are legitimate reasons why even the most responsible person might be running late: a fender bender, a sick child, or an unfortunate coffee spill, to name just a few. And yes, everybody gets a pass on this one from time to time when life’s curveballs happen.

But by and large, being late — especially if it’s a habit — is disrespectful. It communicates that you don’t value others’ time, and that you think you’re more important than they are. On the other hand, being on time just takes a little effort and a little planning, but will garner a lot of respect and appreciation.

Focus on these 10 things in 2014 even if your credibility is doing fine…but especially if it isn’t. Soon, you’ll differentiate yourself from the credibility-optional pack, and you’ll be the first name picked when it comes time to assemble the team for the first big project of 2014! 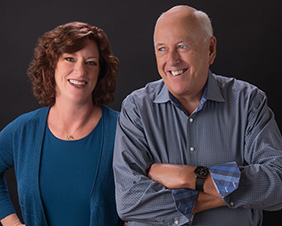