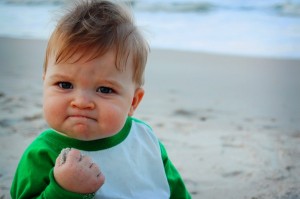 by Hunter Hoffmann, Head of US Communications at Hiscox Insurance

Many young entrepreneurs started their business after having trouble finding a job, and that’s a good thing.

Youth unemployment is at an all time high, and has stubbornly remained there for several years.  It’s just really hard these days for people under 30 years old to get a job.  This is a persistent problem and younger employees today are more than twice as likely or more to be unemployed versus older workers. As with other segments of the population, layoffs or other challenges in securing full time employment are often the spur for starting out on their own.

And that is just what many in the under 30 segment are doing according to the 5th annual DNA of an Entrepreneur study by Hiscox insurance.  This group was the most likely to report “I started the business because I couldn’t find a job” among the 3,000 small business in the US, UK and Europe that we surveyed.  They were also the least likely to report, “I earn more money by having my own business,” but if they weren’t able to find a job in the first place, this might not be 100% accurate.

While not all of the young entrepreneurs surveyed were born with the drive to start their own business, they’ve adapted to their circumstances and many have thrived.  Not only did younger entrepreneurs have the highest rate of growth in their businesses over the last year (77%), they were also the most optimistic for 2014 (65%) and had the greatest levels of innovation.  41% of young entrepreneurs reported creating a new product in the past year, over twice the number (20% or lower) for all other age groups.

Serial entrepreneurs often say their secret to success is to keep trying new things and young entrepreneurs are taking that advice and running with it.  Whether it’s trying on entrepreneurship for size after an unsuccessful job search, or introducing a new product to test the market reaction, the young are leading the way.

It’s been a tough environment to start a business, but these young entrepreneurs are making it work and aren’t shy about reaching out for assistance when they need it  This group was the most likely to have asked their bank or lender to renegotiate terms of their financing since the economic downturn began in 2008 (41%). But, if you don’t ask, the answer is always “no” and young entrepreneurs were not only the most likely to ask for help from their lender, they were also most likely to receive some additional flexibility (86%). Older entrepreneurs were in general more likely to try and make it work on their own. Nearly four in five (78%) had never asked to renegotiate terms with their lender since 2008.

No really, I could use a little help.

With success, comes growth and young entrepreneurs were the mostly likely to see both in the Hiscox survey.  These businesses were the most likely to hire new employees in 2014 overall (53%) and almost five times as likely as all other age groups (41%) to plan to hire junior staff next year.  But, unfortunately not all businesses run by young entrepreneurs are thriving – 12% reported that they would have to lay off staff for the first time in 2014.

What does this mean?

OK, so we have a lot of stats, but what do they all mean?  Young adults have felt some of the biggest impacts from the continued economic downturn, but many have made the best out of a challenging situation by starting their own business.  Better than that, they’re leading the pack in our latest survey with the most growth, optimism and innovation of any age group.  Growth in a small business comes with hard work and sometimes a bit of luck, but optimism and innovation are qualities that can benefit entrepreneurs of any age group. 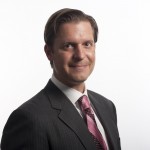 Hunter Hoffmann is Head of US Communications at Hiscox Insurance and is responsible for media relations, social media, internal communications and executive messaging. Hunter lives in New York City with his wife and two sons – Walker and Otis. In his spare time, he moonlights as Chief Marketing Officer and deliveryman for Junior’s Fresh, a fresh baby and toddler food delivery service and cafe in New York City founded by his wife, Michelle.