by Bill Clerico, CEO and co-founder of WePay

I was born in the 1980s – the height of trickle down economics and Gordon Gekko – a time when the people and corporations who controlled the money and economics did it from the tops down. Today, while most of the money remains in the hands of the richest 1% of Americans, technology has unleashed the capabilities of ordinary Americans to take matters into their own hands, crafting their own livelihoods – creating, in effect, a Bottom Up economic revolution.

What is the Bottom-Up Revolution?

Today, a new wave of startups, like Airbnb, Uber and Kickstarter to mention a few, are making technology, information, funding and customers more accessible. Homebrew, an early stage venture firm focused on this same revolution has illustrated the following:

An engineer or designer gets work by offering his skills via vertical marketplaces.  An entertainer sells music, tickets and merchandise directly to her fans online.  An underutilized car or apartment gets turned into cash via peer rentals.

Sometimes this is called the Shared Economy or Collaborative Consumption.  I propose that this trend is bigger than just sharing or collaborating.  It is in fact a revolution from the bottom-up. These ordinary Americans who might have in the past only relied on employment by big corporations, can now live or supplement their incomes through these forms of self-employment or funding – literally changing the dynamics of the economy and bringing about a revolution.

Trends Have Been Happening.

This isn’t just a Silicon Valley CEO spouting the magic of technology – the Bureau of Labor Statistics’ data supports this trend. In 2011, roughly 21% of working Americans qualified as proprietors  – receiving at least part of their income through a form of self-employment. This was up from 14% in 1990 and 10.5% in 1970.  Moreover, the American labor force gained over ten million more working proprietors between 2000 and 2011. In the same time period, it actually lost more than one million private wage and salary workers. Of course, much of the losses in wages and salaries were a result of the recession but the proprietor trend has steadily increased every year since 2000.

Technology as the Great Enabler.

What is invigorating is seeing technology’s role in this bottom up revolution. Two key categories of companies that we see as the driving forces behind this are Marketplaces and Business Tools.  In the past, as an individual or small business, if you had a talent, product or skill – finding customers or buyers was a huge hurdle. However, today, everyone with a niche product or skill can find a marketplace to trade and sell those assets.

Take for example Airbnb, which helps individuals rent unoccupied living spaces. It connects hosts with guests and empowers both sides to make informed decisions.   Other examples include CustomMade – which helps connect makers of unique custom items such as furniture, pottery and leatherworks with buyers and Care.com – which helps connect babysitters, nannies and caregivers with families. By last count, my latest analysis has yielded over 800 marketplaces. One set of marketplaces that is particularly powerful is crowdfunding – which is enabling the democratization of access to capital. For example, since its launch in 2009, Kickstarter has helped people raise over $250 million in funding. However, this is also enabling people to actively help others as evidenced by sites such as GoFundMe, Fundly, Honeyfund and YouCaring

Business Tools are also allowing these participants in the bottom-up economy to play on the same field as the corporations. For example, it is now just as easy for an individual or small business to build a website, conduct e-commerce, send invoices, schedule services and manage finances as a large enterprise.  By our count, there are over 500 business tools serving this bottom-up economy.

Of course, underpinning many of these connections are payment transactions. And, the seamless facilitation of these transactions is pertinent for these marketplaces and business tools. Thus, the days of the old school traditional merchant account sold by banks and resellers is on the demise. The new wave of this economy relies mainly on new start-ups, like WePay, who provide payment APIs that allow for easy customer experiences and fast onboarding of merchants.  And, facilitating payments for this bottom-up economy isn’t always easy – these new seller merchants don’t always have a lot of experience or selling history – and traditional players would typically avoid them. WePay has leveraged our history providing payments direct to little merchants and our proprietary VedaTM social risk engine to design our API – allowing our partners to create a seamless payments experience while avoiding much of the fraud risk and operational burdens associated with payments.  WePay has thus been able to find success with our payments API – underpinning six of the top 15 crowdfunding sites and several top marketplaces and business tools.

The question isn’t when or how, but how quickly the bottom-up revolution will become the driving force in the economy. Government and politicians are often the worst predictors or drivers of innovation. However, I think President Barack Obama was right when he recently said, “We don’t need more top-down economics. What we need is some middle class-out economics, some bottom-up economics.”  President Obama, it is happening, and it is happening fast. 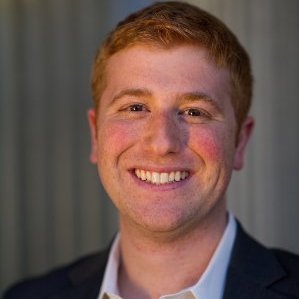 Bill Clerico is CEO and co-founder of WePay, where he drives the company’s vision, strategy and growth. His goal is to make payments easy for the world’s small businesses and the platforms that serve them. Before founding WePay, Clerico worked in technology investment banking at Jefferies & Company, where he advised enterprise software, digital media and financial technology companies on M&A and capital market transactions. In 2010, he was named one of Business Insider’s Silicon Valley 100 and in 2011, as one of BusinessWeek’s 30 under 30 Best Tech Entrepreneurs.