By August Turak, author of “Business Secrets of the Trappist Monks: One CEO’s Quest for Meaning and Authenticity“

Sooner or later every executive realizes that 99 percent of the people she depends on for success don’t report to her. The success of every CEO depends far more on vendors, stockholders, board members, regulators, politicians, strategic partners, the financial community, the media, and customers than it does on the relatively small number of paid employees that report to her either directly or indirectly. Leadership relies on persuasion and persuasion relies on trust. As another example, few people realize that the all-important corporate profit-and-loss statement (P&L) contains no cash or real money. It consists primarily of accounts receivable and accounts payable, which in turn are merely the promises that others make to pay us and the promises we make to pay others at some future date. Without the trust that underlies these promises commerce would grind to a halt.

My experience with the Trappist monks of Mepkin Abbey holds some valuable lessons on how to get and maintain trust:

We are hardwired to seek out trust- worthy people, and to test others to see whom we can trust. But the first step is to become trustworthy ourselves. Like attracts like, and if you invest in becoming a person others can trust people whom you can trust will be attracted to you.

The surest mark of a trustworthy person is one who keeps his promises. Keep small or even trivial promises because others will gauge your reliability on the big things from how you handle the little ones, even if they are not consciously aware of it.

3. Keep Promises to Yourself.

It is an unfortunate human failing that we insist on virtues in others that we don’t develop in ourselves. Keeping promises to yourself is closely correlated with willpower and self-control, and these virtues are essential to being trustworthy — especially when the chips are down. Remember, willpower is like any other muscle. No matter how out of shape your willpower may be, if you engage in daily exercises like being on time you will gradually master yourself.

4. Under Commit and Over Deliver.

Make sure that you only make promises that you know you can keep. We overcommit because we want people to love and respect us, yet the quickest way to lose love and respect is to fail to keep our promises. Get in the habit of writing down every promise you make, no matter how trivial. This will give you a way to manage your promise making and evaluate how well you are doing in keeping them.

5. Be Willing to Make Promises.

One of the stratagems that notoriously unreliable people use is refusing to make promises in the first place. This fallacious line of reasoning argues that if you don’t make any promises, you don’t have to worry about breaking them. People quickly see through this strategy, and even more quickly you will get the reputation not only for unreliability but for being indecisive as well. Remember that a refusal to make a decision is just another kind of decision.

We usually think of a brand as something that belongs to laundry soap. But we all have a personal brand. Like a good brand manager, get in the habit of constantly asking yourself, “How will this decision affect my personal brand?” Everything you do or don’t do affects your brand, and in the long run your reputation is your most valuable asset.

Nothing undermines trust faster than ambiguity. We default to phrases like “I’ll try” in order to furnish plausible deniability when we fail to deliver. Many of the “he said, she said” controversies that produce so much friction in business are caused by ambiguous attempts by everyone involved to stay off the hook. Almost every time I run down one of these disagreements I find that the real culprit is a failure by the parties involved to be clear and specific in the first place about who is promising what to whom by when.

At our own company, RGI, we institutionalized promise keeping. Every critical task had to have its own paper trail that included a clear understanding of who was involved, the promise made, and the criteria by which the promise could be determined as fulfilled. My partners and I relentlessly managed this process, and the little bit of extra effort up front that it took to produce this paper trail paid off handsomely in time saved and ill will avoided after the fact.

If you make people hound you about a promise, you have already lost half of your credibility. If one of your people is up for review and must ask you for it, you usually end up giving a bigger raise while receiving little goodwill in return. Nothing builds trust better than anticipating your obligations and delivering on them without being asked. A debt repaid before it is asked for reaps a huge dividend in trust. The money that changes hands is the same, but the trust equation is radically different.

No one can keep all their promises, but there is no excuse for a failure to communicate that we may be unable to deliver. We often avoid communicating from embarrassment or the fear of admitting failure, but this only leads others to assume that you had no intention of keeping your promise and were hoping that they would fail to notice. Get in the habit of preemptively sending status reports on your promises. If everything is going to plan you spare others from worrying, and if not you give them time to go to Plan B.

It is impossible to be trustworthy in business if you are unreliable in the rest of your life. The monks of Mepkin give little thought to that narrow field called “business ethics.” The trust that the monks enjoy in business merely spills over from the way they live their lives. Trust for the monks is not a business strategy or tactic; it is the natural by-product of living for a higher purpose. Conversely, if you value trust for its selfish utility value alone, you will most likely fail in your efforts.

Trust is the most powerful form of capital there is, and nothing makes a business run more smoothly than trust. In addition, trust is not a scarce resource. Like Mepkin, we can all have more of it than we need. Warren Buffett has spent his life accumulating trust, and this trust is directly responsible for the “Buffett Discount” he often gets when he buys a company. Sellers know that he will treat them honorably, and this is so valuable that they are willing to accept Buffett’s offer even when richer offers are on the table. However, while trust is not a scarce resource, it is a fragile asset. Once squandered it may be impossible to regain.

Copyright © 2013 August Turak, author of Business Secrets of the Trappist Monks: One CEO’s Quest for Meaning and Authenticity 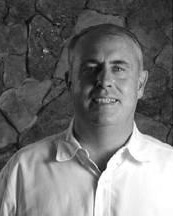 August Turak is a successful entrepreneur, corporate executive, award winning writer and author of “Business Secrets of the Trappist Monks: One CEO’s Quest for Meaning and Authenticity“. He has been featured in the Wall Street Journal, Fast Company, Selling Magazine, the New York Times, and Business Week, and is a popular leadership contributor at Forbes.com. His website is www.augustturak.com.