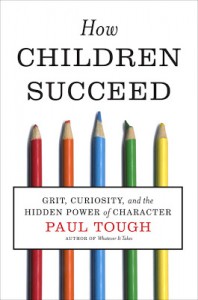 What is the secret to long-term success? Why do some kids do well while others falter as they journey through life?

The answers to these and more are found in Paul Tough’s “How Children Succeed: Grit, Curiosity, and the Hidden Power of Character“. Written with the flourish of an accomplished New York Times journalist, the book takes you on a fascinating journey across different cities in the US while exploring how experiments in education revealed new insights to an age-old question.

Through research in Minnesota, we learned that early parental care was a more accurate predictor of the graduation rate of students relative to IQ or achievement-test scores. This was corroborated by a scientific study demonstrating that baby rats (called pups) nurtured by mothers who lick and groom them regularly were braver, bolder and better adjusted than those with less indulgent mums.

Apparently, the same applies to humans. Folks who received an extra dose of early care as infants, toddlers, and kids were more curious, self-reliant, calmer, and better able to deal with obstacles in their lives.

Unfortunately, many poor kids do not benefit from such parenting advantages. Often, their chaotic living conditions overruled whatever cognitive stimulation they may receive. Those who grew up in adverse environments are often too distracted by the immediate violence and dangers surrounding them to focus on their school work. This has adverse long-term implications.

Left to fend for themselves, these kids eventually wither in the academic system. Many drop out of high school or college without completing their education. Often, these individuals also performed badly in their careers, and had problems maintaining relationships later in life.

Interestingly, students from affluent households attending privileged schools were also not let off the hook. Tough warned that systems and methods honed at developing overachieving kids could devastate them psychologically. I guess that’s something that we may want to bear in mind here in academically-obsessed Singapore.

Quoting Columbia University’s Suniya Luthar, “excessive achievement pressures and isolation from parents – both physical and emotional” were causing high rates of psychological distress and delinquent behaviours in rich kids. In other words, kids from both impoverished and rich households suffered from the same consequences – low levels of maternal attachment, high levels of parental criticism, and minimal after school adult supervision.

Fortunately, there is light at the end of the tunnel.

Bucking conventional wisdom, character traits – like intelligence – can be malleable. While certain traits appear to be inborn and genetically predetermined (like the mathematical ability of kid savants in India), the majority of one’s intellectual and social skills and habits can be developed.

In other words, kids raised in unstable conditions are not doomed to a life of failure.

To achieve long-term success, brain smarts alone isn’t enough. Instead, Tough proposes that one should develop character qualities like grit, curiosity, optimism, social intelligence, conscientiousness and self-control. Differing from moral virtues like honesty, kindness, charity and love, such traits helps one to develop the resilience, persistence and social agility needed to survive and thrive through college and beyond.

Recognizing this, educational initiatives like Knowledge Is Power Program (KIPP) and OneGoal seek to equip kids from disadvantaged backgrounds with both academic and character skills. These enlightened institutions adopt activities that shape and mold the characters of their young charges, giving them a better chance at long-term success.

In an interesting chapter on how to think, we discover how Elizabeth Spiegel led IS 318 – a low-income public school in Brooklyn – to superiority in chess. With chess ability seen as a “simple shorthand for smartness”, the school’s spartan chess training programme was applauded as a way to develop cognitive flexibility, self-control, and perseverance.

Having shared that, the author mused that challenges still arose on how one can translate the same winning attitude and form in chess to one’s academic pursuits.

The most inspiring story in the book must be that of Kewauna Lerma. Raised in adverse circumstances – single mother, violent male relatives, and rough neighbourhood – Kewauna overcame a life of poverty in the South side of Chicago to become a college student. Her success was a testimony to how character affirming educational programmes like KIPP and OneGoal could help level the playing field for poor students.

Ultimately, programmes that target emotional, psychological and neurological pathways can be more effective than purely cognitive interventions. While pure IQ is difficult to change beyond the age of eight, executive functions and the ability to handle stress can be improved well into adolescence and adulthood. I guess this allows parents like myself to breathe a huge sign of relief!

In summary, “How Children Succeed” made for a compelling read. Tough captivates with the power of his prose on how education reformers are making important changes in the US. I couldn’t help agreeing with his central thesis – that character mattered more than intelligence in the final scheme of things.