by Mike Deck, CEO of EchoVantage

Failure as an entrepreneur is inevitable.

Not all entrepreneurs hit rock bottom, go bankrupt, and are forced to claw their way out of the gutter, but you should not expect a linear path from finding that first idea to developing a tangible finished product. There will be problems, pivots, and, yes, failures along the way.

You can react to inevitable failure in two ways: You can do everything in your power to resist it, or you can embrace failure, fail more effectively, and use it to improve your chances of success.

So fail fast, fail early, and learn to adapt. From these failures, your real million-dollar ideas will emerge.

Fail Fast to Refocus on Ideas That Work.

Nobody looks forward to failure, but entrepreneurs should aim to fail as quickly as possible. Why? Failing today is cheaper than failing tomorrow, when you’ll have a greater investment in your idea. An idea that’s ultimately destined to fail only increases in cost as the project wears on, which makes its failure devastating when it collapses six months or a year down the road.

Failing quickly means tightening the feedback loop between concept, data, and experience so you can eliminate the parts that don’t work and focus your energy on what matters. If your current approach or idea won’t be successful in the long run, failing quickly allows you to focus instead on something with the potential for long-term success.

Your first idea is rarely your best. By quickly eliminating dead-end concepts, you are better equipped to take advantage of new opportunities. If your company has learned to fail quickly, you can also succeed more quickly.

Adjusting Your Mindset for Effective Failures.

Digging a successful path out of the rubble of your failures involves more than blind trial and error. Learning how to fail effectively is a process that can benefit your company and allow you to take control of the experience so it doesn’t cripple you emotionally or financially. Here are some guidelines for managing your failure:

1. Plan for failure at the beginning.

If you have a “failure-is-not-an-option” attitude, you frontload all your costs and backload all your risk. This approach makes the possibility of failure stressful and financially dangerous. Invest as little capital as possible, and move from idea to implementation quickly. Only after an idea has proven viable should you invest heavily in its success.

2. Treat each new idea as an experiment.

The healthiest way to approach failure is to run your business with the knowledge that failures are expected. Our company pursues a new idea with the confidence that it will be successful, but we evaluate its potential for success with scrutiny every step of the way.

Many people convince themselves that they have a homerun idea and pour everything into it. When the idea proves unworkable, it feels like a personal failure. Failed concepts never mean that you are a failure. You’re still making headway toward your ultimate goal.

My approach to failure is not just about dealing with it once it’s happened. Rather, it’s about implementing ideas in a way that makes it less costly to fail — and easier to move on to the next great idea.

As a company that expects and embraces failure, we take smaller, more calculated risks than businesses that live in a “can’t-fail” world. By building failure into the business, we spend fewer resources on ideas that are not yet vetted, recognize failing projects sooner, and remain flexible enough to pivot based on lessons we learn — even if that means writing off the costs of an experiment.

Learning to fail can become a strategic part of any successful enterprise. It helps manage the financial health of your company, promote the experimentation necessary for developing truly groundbreaking ideas, and paves the way for faster, more fulfilling success. 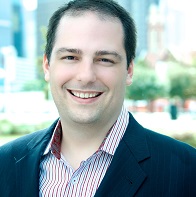 Mike Deck is the CEO of EchoVantage, a company that delivers a new approach to marketing analytics. Mike has several years of experience in software development and lifecycle management, working as a lead consultant for Fortune 500 companies in both technical and business analysis roles. Connect with Mike on Twitter and Google+.