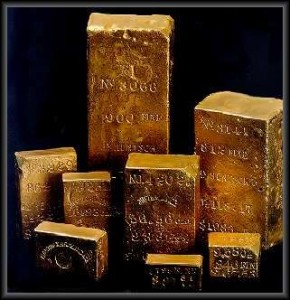 The New York branch of the Cincinnati-based Ohio Life Insurance and Trust Company failed in late August 1857, felled by an embezzlement scandal.

Reports of financial instability in New York quickly carried between cities by the new telecommunications medium, the telegraph, which spread more fear than information. A report from the Clearinghouse Committee on the causes of the Panic of 1857 called it “a malignant epidemic, which killed more by terror than by real disease.”

To compound the crisis, in mid-September the SS Central America — later dubbed the “Ship of Gold”  — was caught in a hurricane off the coast of the Carolinas and sank. The wooden vessel had aboard 581 passengers and crew, and more than $2 million in gold specie prospected from California which was intended to refill reserves of Eastern banks.

Over 128 years later, the gold was recovered by a diving team — the Columbus-America Discovery Group of Ohio. After a legal battle in which 39 insurance companies claimed that because they paid damages in the 19th century they had a right to the treasure in the 20th, the divers were awarded 92% of the riches arguing successfully that the gold had been abandoned.

Back in 1857, a survivor of the wreck told reporters from the New York Tribune what happened after all the women and children had boarded the life boats.

“All discipline was at an end, as the fate of the ship was rapidly and surely approaching. It was every man from himself…

In that trying hour gold was valueless. The miner threw his hard-earned ‘pile’ into the sea, lest its weight might drag him down. I saw many men thus relieve themselves of their treasure, and hundreds of thousands of dollars were thrown away. Capt. Badger threw down $17,000 in gold in the Captain’s cabin just before jumping into the boat and saved his life…

In regard to the specie, Mr. Jones says that it was stowed away in the run, right along the keelsons of the ship, and before anything could be done to get it up (even if there had been a chance at saving it) it was under water.” 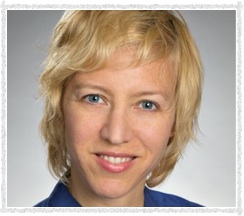 Cara Wick started her banking career in 2001. Today, she is President of Wick Financial, a strategic marketing firm that helps community banks improve performance. Cara holds a B.A from Williams College and an MBA from the University of Iowa. Read more at her blog www.bankersnotes.com.