From 2010 to 2012, the percentage of Americans following brands on social media jumped from 16 percent to 33 percent. That’s a significant increase, but it also means two-thirds of local social networkers aren’t following brands. Start-up companies have much work to do to make meaningful social network connections.

Read on to discover how to foster these bonds and brand your business online:

Facebook influences the spending habits of social media users like no other network. In 2011, 24 percent of users said it had the greatest impact on their spending. In 2012, that number jumped to 47 percent. Compare that to the mere five percent driven to spend by Twitter. When you’ve something to sell, Facebook is the best place to push it.

However, it’s important to get the balance right. Think of Facebook as one of your sales employees. It needs to charm and create relationships with customers to inspire spending. Just as no one will watch a television network that only screens advertisements, no one will connect to a brand that’s solely self-promoting. Customers want content that benefits them. Acknowledging the good work of other businesses, sharing and commenting on industry news, and asking your fans questions all create a sense of community.

Good sales worker respond to customer enquiries and complaints promptly. Yet just half of businesses address Facebook complaints within 24 hours. It can be confronting to see grievances aired in front of potential customers, but non-engagement compounds the problem. Eighty-eight percent of consumers are unlikely to purchase from companies that leave Facebook complaints unanswered.

Make your Facebook page a good sales rep and make some productive use of your internet. With so many people spending so much time on their computers, there’s much more potential for start-ups to turn their Facebook presence into sales.

As outlined above, Twitter isn’t the best sales tool. However, it’s ideal for creating a start-up’s identity.

As Twitter is informal, it’s the perfect place for injecting personality into your brand. Share behind-the-scenes photographs, product previews, and discount codes to give your followers value, but remember to balance your self-promotion with light-hearted, conversational fare.

Seventy percent of companies ignore Twitter complaints, but you can find favour by bucking the trend and addressing customer concerns. Modern movements like Twitter parties are also great initiatives for raising brand awareness.

Just as Facebook and Twitter help you connect with customers, LinkedIn will help you forge relationships with other businesses and potential talent. This social network should be thought of as the professional face of your brand.

It’s always important to fill out social media profiles, but it’s vital on LinkedIn where prospective clients and employees seek information about you. Create groups and participate in discussions to earn credibility for your start-up. Promote company events in your status updates or on your favorite groups and invite your connections to take your online relationships into the physical world.

With 12 million Americans logging on to social networking several times a day, there’s plenty of opportunity for your start-up to leverage the internet through these social media sites. 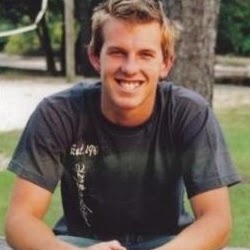 DJ Miller is a graduate student at the University of Tampa. He is an avid gadget geek who spends most his time writing on anything tech related. In his spare time he likes to travel, play soccer, and watch movies. You can follow him on Twitter: @MillerHeWrote.