by Geoffrey Tumlin, author of “Stop Talking, Start Communicating: Counterintuitive Secrets to Success in Business and in Life“

Do any of these scenarios sound familiar?

A colleague sends you a snarky email, so you type a cutting response right back.

A team member arrives late and unprepared for a meeting, so you berate him in front of the group for being inconsiderate.

Aunt Betty belittles your career choices over Thanksgiving dinner, so you carve her up like the turkey, angrily countering her criticisms and throwing in a few insults for good measure.

At first glance, none of this seems unreasonable. After all, nobody likes to back down, give in, knuckle under, or swallow an insult. And showing weakness isn’t likely to get you anything but disrespect and marginalization… right?

Wrong. Being what some would call a “wimp” is often an effective response. And in the right circumstances, it can even be a way to get ahead.

Weakness can be a very effective communication tool. In many scenarios, allowing the other party to maintain what appears to be ‘the upper hand’ can help you successfully navigate volatile situations, protect important relationships, and get you what you want personally and professionally.

So why do we feel it’s okay — even smart — to maintain a forceful presence? Some of it might be the vestiges of our caveman past, but I believe it’s also a consequence of the digital communication revolution. We’ve gotten in the habit of impulsive, expedient, and self-expressive communication. We can chat, tweet, text, and email to our hearts’ content. And because it’s all so quick and easy, we’ve come to believe that it’s our right, as citizens of the digital age, to say what we want, when we want.

One consequence of this mistaken belief is that we often fight back too quickly and too forcefully whenever we’re annoyed. But impulsive and unfiltered communication — whether it happens face-to-face or digitally — often costs us dearly. Because we aren’t willing to be seen as wimps, conflicts escalate and relationships deteriorate. We would do much better to hold our tongues, control our emotions, and focus on long-term goals instead of on short-term gratification.

Here are six ways to get ahead by showing weakness:

We all too often use more force than we need to accomplish our objectives. We yell when a measured response would work better, send a blistering e-mail when a more restrained reply would suffice, or issue an ultimatum when a firm but gentle statement of convictions would do. Conflicts that start or escalate with excessive force frequently cause a destructive cycle — attack, retaliation, escalated attack, and escalated retaliation, etc. No matter how justified you may feel, the bottom line is that using excessive force isn’t usually a winning strategy.

You should try to apply the least amount of interpersonal force and intensity necessary to accomplish your objective. In other words, bring a stick to a knife fight. No, it’s not always easy when emotions are running high, but a ‘weak’ response can often stabilize a harsh conversation and prevent damage to the underlying relationship. Try to stay serious and focused and keep the conversation as brief as possible. Keep your words calm, controlled, and even boring — don’t add any new emotional material.

2. Back down from challenges.

In our achievement-oriented society, backing down from a verbal challenge can be the equivalent of not accepting a triple-dog-dare on the playground. But that’s exactly what smart communicators do. They know that our quick, cheap, and easy digital devices allow us to have far too many unnecessary conversations, engage in way too much unnecessary chatter, and get our hands (and thumbs) on too many irrelevant issues. Smart communicators are willing to let some problems go unsolved so that they can focus on those that are truly important.

I recommend dividing challenges and problems into three categories: Now, Delay, and Avoid. Problems in the Now category require an immediate, solution-based conversation. Don’t automatically assign too many issues to this category — this is the most frequent miscalculation of our ‘everything now’ digital age.

Delay is your default category. Many issues don’t need your active intervention, and others may disappear completely or resolve themselves without your participation. Finally, some issues reflect highly emotional, incredibly complicated, and other volatile feelings that reside deep inside the other person. Avoid them unless they are impairing the accomplishment of critical work.

Jane talks too much. Jim is incredibly stubborn. Uncle Billy loves to argue. Whether they’re controlling, critical, or cranky, the behaviors that make someone a difficult person tend to spark frequent confrontations—even though we’re unlikely to influence these people. For example, we wrestle with Jane to get a word in edgewise. We struggle to change Jim’s mind. We fire a barrage of points and counterpoints into Uncle Billy’s arguments. It’s time to quit trying, insists Tumlin.

At the end of a conversation, the difficult person remains the same, but often you are in a weaker position. Only a commitment to let go of your desire to ‘win’ by imposing your will on the other person can realistically and consistently improve your communication with difficult people. When you find yourself with no choice but to interact with a difficult person, have modest expectations, avoid tangents, and stay focused on your end goal. It’s really all you can do.

Apologizing to another person isn’t easy, even when you know you’re in the wrong. It’s even tougher when you think that the other person is being unreasonable. And, of course, it doesn’t help that certain people view apologies as a sign of weakness. Yet you should apologize anyway.

In so many situations, a well-placed ‘I’m sorry’ can keep an incident from escalating and can prevent lasting harm. Usually, salvaging a relationship and staying on track to accomplish your goals is worth a momentary blow to your pride.

Apologizing might seem weak, but in fact, it’s a powerful communication maneuver. Most people have a very hard time refusing a sincere and timely apology. ‘I’m sorry’ cures a wide variety of interpersonal ills.

When somebody offends you, your inner Neanderthal rushes to the front of your brain, urging you to club your foe over the head and show the other person that you won’t allow yourself to be treated that way. But guess what? Your inner Neanderthal isn’t known for restraint, civility, or strategic thinking. Sure, it might feel good to act on your emotions and indulge your impulses, but responding aggressively to insults can also result in a lot of long-term damage.

Think about it: A hotheaded retort to your boss’s criticism could cost you a good performance review, a project, or even a promotion. Allowing your spouse to draw you into a harsh fight can do serious damage to your relationship. No, I’m not suggesting that feelings don’t matter. And I’m not suggesting that you should let anyone insult you consistently. But people say things they quickly come to regret all the time. Don’t let your inner Neanderthal lunge for the club; give the other person a chance to self-correct instead.

Even if you’re offended, try not to let the interaction escalate. Not allowing your feelings to dictate your words will impact your quality of life profoundly: You will get what you want more often. By focusing on what you want to accomplish instead of what you want to say, your goal—and the underlying relationship—can survive for another conversation.

Standing up for your convictions has been the American way since the Founding Fathers wrote the Declaration of Independence in 1776. And yes, you should speak up when you feel your own or someone else’s well-being is being threatened. But even though others might label you a wimp for keeping your mouth shut, you don’t have to rise to every challenge. Even though your brother-in-law’s political rants on Facebook make your blood boil, you don’t have to comment on why you disagree with each and every post.

Too much impulsive disclosure and reflexive communication can upset the people who are most important to your work and personal life. Am I suggesting that we should abandon the Internet, stop posting anything on social media, and never talk about the things we believe in? Of course not. All I’m recommending is some good old-fashioned caution.

Ask yourself which is more important to you: throwing your two cents in or maintaining a decent relationship? And be especially careful on Facebook and Twitter because there are many more deeply held beliefs to consider. Play your cards closer to the vest. Failure to exercise caution around sensitive topics can lead to a relational explosion.

It’s like Kenny Rogers sang in ‘The Gambler’: ‘You got to know when to hold ’em, know when to fold ’em, know when to walk away, and know when to run’.The fact is, there are times when refusing to back down only ends up hurting you, while giving ground and showing weakness can help you to end up, later, in a strong position. So don’t let go of valor entirely — but make sure discretion is the better part of it. 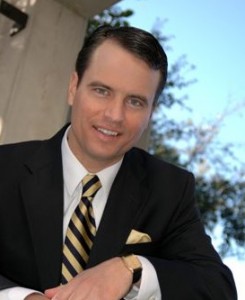 Geoffrey Tumlin is the author of ”Stop Talking, Start Communicating: Counterintuitive Secrets to Success in Business and in Life“. He is the founder and CEO of Mouthpeace Consulting LLC, a communication consulting company; president of On-Demand Leadership, a leadership development company; and founder and board chair of Critical Skills Nonprofit, a 501(c)(3) public charity dedicated to providing communication and leadership skills training to chronically underserved populations.