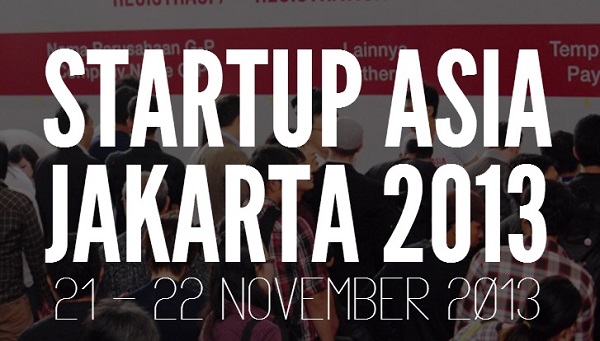 After last year’s successful Startup Asia Jakarta held in Bandung Jakarta, organizer and one of Asia’s most influential startup and technology blogs TechinAsia.com has announced that its signature conference Startup Asia will be returning to Jakarta on November 21 and 22, 2013 at Plaza Bapindo.

This year the conference, aside from its popular and highly-regarded Startup Arena pitching competition, will also feature a 24-hour hackathon, where over 400 developers building products with APIs and SDKs from the event’s partner companies.

As for Startup Arena, the formula has been slightly tweaked from last year – unlike in its inaugural year, both seed and growth-stage startups will be accepted and will compete separately. About 20 startups is expected to eventually take to the stage and compete for both categories. The seed stage category winner will take home US$10,000, while the winner of the growth-stage category will win a chance to negotiate an investment deal with one or more of the investors who make up the Startup Arena judging panel.

The conference proper will feature a number of notable speakers, including startup founders and industry leaders from companies such as Rakuten Ventures, Kakao (makers of KakaoTalk), MediaCorp, and GDP Ventures, offering fresh and honest insights on upcoming industry trends.