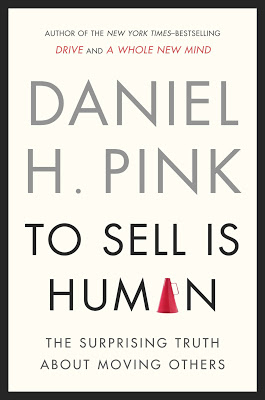 Do you know that 40% of our time at work is engaged in selling, even if we’re not in sales? Or that “Bob the Builder” can be a sales trainer?

Sprinkled with discoveries from fields such as behavioral economics, life coaching, and improv acting, “To Sell Is Human: The Surprising Truth About Moving Others”
by bestselling author Daniel H. Pink scores. Interspersed with charming anecdotes on septuagenarian Fuller Brush salesperson Norman Hall (Pink’s unsung hero who was the last such salesperson), “To Sell Is Human” is neatly divided into three parts.

1. Rebirth of a Salesman.

The first section reveals that the sales profession hasn’t vanished into thin air despite the “disintermediating” propensities of the Internet. On the contrary, the American economy has far more salespeople than factory workers, and the gap is growing each year.

Citing the growth of entrepreneurship – particularly sole proprietors (aka solopreneurs), Pink surmises that sales is an integral part of our professional lives. In practically every profession – from doctors to teachers to managers to even parents – we need to persuade, negotiate, and convince people to part with either cash, labour, or consent in order to achieve our goals.

What has changed, however, is the way sales needs to be conducted. Leveraging on the power of information asymmetry in the past, sales folks could conceal vital information from customers and gain the upper hand (hence the saying caveat emptor).

These days, however, tough consumer protection laws and universal access to information (think Google) makes the old ways deader than a Dodo.

To thrive as a new-age salesperson, we’re taught the new ABCs of moving others. Each is accompanied by useful exercises that heighten these attributes.

Attunement
To ‘tune-in’ to the other party, we should reduce our “power” to deepen our perspective of others, calibrate between thinking and feeling for the other party, and mimic his/her mannerisms strategically (its not “Simon says”). Interestingly, ambiverts – people who fall between extraverts and introverts – make the best salespersons as they can balance between listening and speaking up.

Buoyancy
Anybody facing multiple rejections while cold-calling or knocking on doors need a strong dose of positivity. Citing the example of “Bob the Builder” (ie Can we fix it?), Pink proposed that interrogative self-talk (ie asking yourself a question) may work better than making positive affirmative statements. 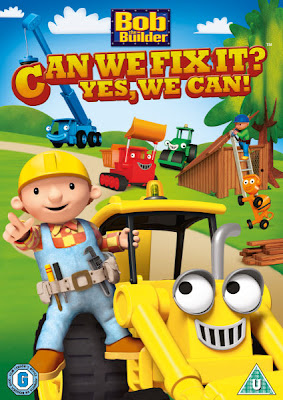 Image from Bob the Builder

Clarity
Finding the right problems to solve may be better than solving specific problems per se. Folks who can brainstorm with their customers, uncover new opportunities and present information that is relevant and clarifying tend to do better. Finding an off-ramp – a specific request accompanied by a clear way to get it done later – also helps.

The final third of the book provided the “rules of the road” for anybody in the selling profession (ie everybody). Once again, the rule of thirds apply here.

Pitch
Debunking the elevator pitch, Pink proposed six new options, namely:
a) One-word pitch: Boiling the entire message down to a single word;
b) Question pitch: Asking a meaningful question which shows you in a positive light;
c) Rhyming pitch: ie A stitch in time saves nine, or woes unite foes;
d) Subject-line pitch: Using a “headline” that provides utility or invokes curiosity while being specific;
e) Twitter pitch: 120 characters or less with useful information that self-promotes;
f) Pixar pitch: Fill in the blanks, ie Once upon a time ______. Every day, ______. One day _______. Because of that, ______. Because of that, _____. Until finally _____.

Improvise
Distilled from the art of improvisational theatre, we’re taught to “hear offers” and build on what others are telling us, say “Yes and…” to take conversations on a positive turn, and make our partner look good. Quoting from Cathy Salit ofPerformance of a Lifetime, “In improv…. You make offers, you accept offers – and a conversation, a relationship, a scene, and other possibilities emerge.”

Serve
Finally, we’re taught that we should make our offers personal (using photographs, names and individual information), and to make them purposeful. Serving entails improving another’s life and, in turn, improving the world.

Presented with a “magician’s flourish”, “To Sell Is Human” deftly weaves theory with practical exercises that one could use to sharpen one’s salesmanship in any arena. Blessed with Pink’s gift for storytelling, the book blended art and science in a compelling narrative which educates as much as it entertains.