by Susan Baroncini-Moe, author of “Business In Blue Jeans: How To Have A Successful Business On Your Own Terms, In Your Own Style“

Seasoned entrepreneurs know many things that newbies don’t, but there are five that are at the top of the list. Once you master these five things, you, too, will join the ranks of seasoned, successful entrepreneurs.

1. The Biggest Battle You Face Is the Most Important One to Win.

No matter who you are, no matter where you come from, every entrepreneur fights the same battle: the battle against “brain junk.” What seasoned entrepreneurs know that newbies don’t know is that this is the most important battle to win. And you don’t just win it once. You win it again and again over the course of your entrepreneurial career.

Brain junk is the mental baggage that we all carry around. It’s the thing that tells you you’re not good enough, smart enough, experienced enough, to do the thing you want to do. It’s the thing that holds you back and keeps you thinking small. And it’s so important to fight and win this battle that it’s the first thing I work on with all of my clients. Brain junk can ruin your brand and even destroy your business before you even get started.

The fascinating thing about brain junk is that we all have it, albeit in different ways. But the thing that seasoned, successful entrepreneurs know is that they have to fight and win the battle against their brain junk (again and again, because this stuff pops up, even when you think you’ve conquered it) in order to succeed.

2. You Need More than A Good Idea.

Success isn’t just about how much money you make. Seasoned entrepreneurs know that a big part of success is enjoying your day and your life. That’s why you need the fire. The fire is the passion for what your business makes possible in your life, as well as what you love doing. Your business should make things happen in your life — things that you want, whether they’re material things like a schmancy car, a bigger house, or a boat, or intangible things like spending more time with your family, or being able to help a cause you care about.

You should also create a business doing something you actually enjoy doing and that you’re good at. Far too many entrepreneurs try to start businesses they don’t know enough about but really enjoy and far too many more try to start businesses they know a lot about but don’t get jazzed about running. And if you’re missing either the fire or the expertise, your business won’t be as likely to succeed.

The world used to be so simple, didn’t it? Back in the good old days, you could just advertise your product or service and there were few enough ads that you didn’t have to worry too much about targeting, because there weren’t very many publications and televisions shows, and those that existed weren’t that targeted anyway. So you stood a good chance of reaching your target market, no matter where you advertised.

Today, the world is much more complicated. Your target market is so bombarded with marketing and ads that they’ve learned to tune them out. That’s why seasoned entrepreneurs know that today, you have to find new ways to get them to tune back in. And the way to get them to tune back in is by leaning into your marketing. When you’re in a conversation with someone and the conversation is interesting, you lean in to hear what they have to say. Similarly, when you lean into your marketing, you’re leaning in to hear what your clients and customers have to say, so that you can engage them in the conversation, show them that you care about them and their wants and needs, and become better at delivering what they want. Seasoned entrepreneurs know that marketing methods and strategies must evolve along with the culture.

4. Much of Your Success Will Come Down Who You Know.

Seasoned entrepreneurs know that the real building blocks of business are relationships. It takes a village to grow a business. You need all kinds of relationships to create a successful venture. Many newbie entrepreneurs don’t understand the full value of masterminds, for example. But the value of truly connecting with peers and having a group of trusted allies cannot be understated.

Plus, beyond the mastermind and networking relationships, you also need to know the right people to build a team as your business grows, and to have the guidance of a good mentor.  Who you know is the foundation of business success.

I don’t know a single successful entrepreneur who hadn’t failed several times before he or she achieved success. In fact, some of the most successful people I know failed several times, succeeded a few times, then failed a few more times, and succeeded a few more times. You will fail in the course of your life as an entrepreneur. It is not the failure, however, that defines you, but how you handle that failure and whether you let the failure defeat you or you pick yourself up and try again.

Seasoned entrepreneurs know that failure is always a possibility. That’s why it’s so critical to know your target market, to have a great idea that factors in both your fire and your expertise, to create a brand that attracts the right people, to lean into your marketing, and to build a village for success.

Seasoned entrepreneurs know, after all, that it’s not one thing that leads to success, but a series of choices, battles, and relationships that get you where you want to be. 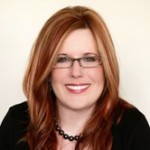 Susan Baroncini-Moe, author of “Business In Blue Jeans: How To Have A Successful Business On Your Own Terms, In Your Own Style“, is the founder and president of Business in Blue Jeans, a business and marketing coaching/consulting firm focused on the needs of entrepreneurs and small business owners.