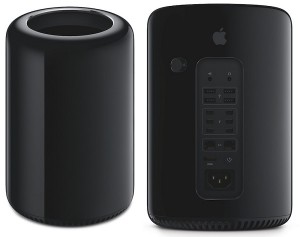 As a proud member of the technology community, having recently launched an online counseling platform – TalkSession.com, when Apple hosts their WWDC conferences, entrepreneurs listen. We look to Apple as a pioneer of inspiration and innovation.

Here are some thoughts on the conference thus far:

Apple’s recent product and feature unveiling achieved another conference with optimistic-yet-minimal-fanfare. Tim Cook excited Apple-enthusiasts on incremental changes, which deliver little true value. The keynote address was delivered with almost trademarked perfection that only Apple has achieved: clean and simple, and minimalist-yet dramatic.

I. Apple put muscle into reinvigorating their PR.

Notable announcements were collaborations on apps with non-profit organizations, such as the World Wildlife Fund, as well as support of student apps and scholarships. After the series of missteps over the last year, Apple finally put one foot in the right social direction.

Apple delivered (enough). The company strategically implemented features, primarily on the back of pure marketing tactics with an added a sprinkle of actual innovation for fanfare. As for the conference’s “wow” factor, much of the applause, rested on the back of acquisitions or follow-on trends. iOS 7’s new 4-in-1 camera’s swipe mechanism bears an uncanny resemblance to Dropbox-powered, Mailbox app’s swipe functionality,” and iTunes forthcoming “live radio” akin to Pandora and Spotify.

Nevertheless the die-hard Apple user would agree that Tim Cook did not totally disappoint. The incremental changes were large enough that even without a new retina-display MacBook Pro, I have my Christmas wish list prepped to send to northpole.com.

The biggest surprise to me was the massive change in aesthetic and endorsement behind the MacBook Pro tower. As an entrepreneur, my technology is always-on-the-go. Nevertheless, I was able to appreciate the aesthetic design of the MacBook Pro Tower. This is the most radical redesign we have seen from Apple in recent years and the announcement was met by Twitter trends in addition to analog-applause.

IV. The worry factors: increased chasm between Apple and Google.

Google Glass and Google’s integrative, open-sourced and out-of-the-box risks are ones that Apple, with its perfected boxes of silver-shiny goodness, should watch closely. I am a die-hard Apple loyalist. But I must admit I suffered a pang of jealous when I had my first layperson sighting on Amtrak of a gentleman wearing Google Glasses like it was a part of everyday life.

As for the new Apple rollouts, Apple is again trying to push through their maps application, which last time ended in an abysmal response, PR nightmares and countless lost drivers and pedestrians. Time will tell if they have legitimately addressed the issues, or if the company is dragging out the pain in order to maintain their stake in the [digital] ground.

Forest fires happen; damage ensues. The forestry industry uses a controlled burn mechanism, by which they actually set their own fires, knowing that there will naturally be wildfires and destruction, so why not control the burn and minimize the damage. Apple needs to learn from this practice. They are cash-rich, but that money could be spent in ways with a much higher return on investment – both social and economic – if Apple would control the burn of features that do not make long-term differences and instead focus on its core competency – the best global computing experiences through true innovation.

Melissa Thompson left a burgeoning Wall Street career as a trader with Goldman Sachs to become a female pioneer in the world of technology. She is currently the CEO and co-founder of Talk Session, an online counseling platform in beta mode, that will connect users with highly credible professionals for on-demand, mobile therapy and counseling sessions using proprietary algorithm matching and artificial intelligence.