by Christine Comaford, author of “SmartTribes: How Teams Become Brilliant Together“

Brett is over the moon. He has just received a long-awaited promotion and with it the opportunity to present to his firm’s key clients. But his excitement is short-lived: In almost every client meeting, he freezes up and stumbles over the material despite the fact that he knows it well. Soon, he’s not only wishing he was still in his old position, he’s worried about his future with the firm.

What happened? In short, Brett’s brain “learned” in childhood that shrinking back from center stage would protect him from ridicule. Now, decades later, his neural wiring is still causing him to choose the “safe” route — and, ironically, sabotaging his success.

Our hypothetical friend is no anomaly. You too are likely a “Brett.” Maybe you don’t choke in the spotlight, but more often than you realize, subconscious reactions to your surroundings trigger debilitating responses.

You can learn to identify these scenarios and defuse them. But the first step is understanding why you do the things you do. Basically, you’re acting in ways that feel ‘safe’ at the moment but that cripple you in the long run.

The field of neuroscience has exploded into the mainstream lately. No wonder. Scientists have reams of evidence that show our brains are remarkably mouldable, and therefore our long-established neural pathways aren’t our destiny. We can break the mental patterns that harm our relationships, make us miserable, and hold us back.

In the past this has all been theory, but lately we’ve seen some exciting practical applications emerge.

In other words, short-tempered leaders can stop blowing up at employees. Confrontation avoiders can step out of hiding. Procrastinators can finally buckle down. Good performers can become great performers. Dysfunctional teams can become powerhouse teams. Best of all, we can retrain our brains and shift our behavior quickly. In a fast-paced global economy, that matters.

The human brain can be simplified into three key parts. The first two, the reptilian and mammalian brains, are what I collectively call the “critter brain.” This part of the brain cares only about safety and survival. It prompts us to choose fight/flight/freeze behaviors that keep us from standing out, being put in danger, or feeling discomfort.

Accessing the third part of your brain — the neocortex — puts you into what I call the “Smart State.” Here, you have easy access to all of your resources, plus you’re creative, present, emotionally engaged, and can envision an exciting future for yourself. In other words, you’re ready to make smart choices and execute them well.

Here are five powerful tips that will help you to leave the Critter State behind and shift into the Smart State:

In its quest for security, the critter brain tends to filter out things it doesn’t want to see, hear, feel, or deal with (like Scarlett O’Hara, your critter brain vows to “think of it tomorrow, at Tara”). Meanwhile, it also has the ability to focus disproportionately on shiny objects that distract you from doing what you really need to do. That’s what happens when you spend all day on a minor project and tell yourself that you’re being productive… never mind the major biannual report you’re “conveniently” neglecting because it’s so overwhelming!

To move out of your Critter State and into your Smart State, you must cultivate the ability to be present in the here and now, to be honest about your current situation, and to accurately identify and prioritize high-value activities. The first step? Identify and understand the parts of yourself that urge you to run away or stick your head in the sand.

Look back at instances in which your productivity and success were compromised, and even if it’s uncomfortable, try to figure out what they might have in common. For instance, maybe your leadership is consistently undermined because you avoid confronting insubordinate team members. With this information, you can acknowledge that your critter brain wants to avoid a fight at all costs. And now that this tendency has been specifically identified and no longer lurks in your subconscious, you have the power to override that ‘flight’ instinct the next time someone flouts a deadline.

If you find it difficult or uncomfortable to keep your eye on the ball while ignoring shiny objects (and you probably will), concentrate on identifying how your Smart State choice will increase your long-term safety and success. With this type of focus, the constant parade of bright shiny distractions otherwise known as ‘life’ will have less of an ability to pull your attention away.

2. Figure out where you’re going and why. (Smart State Accelerator: CLARITY)

For the critter brain, ignorance can often be bliss. However, it’s bad to go about your business — personal and professional — with no idea (or at least an incomplete one) of why you do what you do. Just think about the young professional who says she wants to make money — but can’t articulate what she’s going to do today, tomorrow, next month, and (to some extent) next year to fill her bank account. Her goal is unlikely to become a reality.

Clarity can sometimes be so hard to achieve because it requires you to take the time to discover what you need, to articulate it clearly, and to be sure anyone else involved understands it. But it’s essential to have in both vision and communication, because it sets up the person you’re interacting with to succeed or struggle — and sometimes that person is you.

In all situations, try to take a few moments to ensure that you’re expressing what you truly mean or need; that you know where you are, where you want to go, and how you’re going to get there; and that your energy is focused on that outcome.

3. Buck up and get the job done. (Smart State Accelerator: ACCOUNTABILITY)

Yes, it’s tempting to cut corners, mislead others, or throw in the towel altogether in order to make life easier for ourselves. But “making life easier” is your critter brain talking. In its quest for safety and security, it isn’t always considerate of other people (or even of your own true best interests). But when you don’t keep your word — when you lack accountability — your performance and ultimate success will suffer.

Living in your Smart State involves valuing yourself and others enough to buck up and follow through with your commitments even when you don’t feel like it.

Be honest — you can usually tell when you’re in danger of taking the easy way out. In these situations, put aside your misgivings and seek out an accountability partner. This is a person you check in with to share what you accomplished, what you didn’t and why, and what you’ll accomplish in the near future. Knowing you have to report your actions to someone else tends to keep you on the straight and narrow. Plus, your partner can help remind you of the long-term consequences of not keeping your word when your critter brain takes over.

It’s no surprise that the critter brain is fundamentally selfish; after all, our animal friends don’t survive by putting their own interests last. (“Here, you take the last acorn — I’ll make do until spring,” said no squirrel ever.) Thankfully, in the modern human world, we don’t have to be so cutthroat. In fact, the greatest successes come from empowering others so that the overall team can achieve more. To do this, you need to be able to understand, empower, and motivate others; in other words, influence them.

Influencing people in your Smart State isn’t about strong-arming them or ordering them around. It’s about building rapport and connecting, which makes the other person’s critter brain feel safe. Once his fight or flight instincts are no longer at the forefront, he’ll be more willing to accept you, listen to you, and work with you.

It may sound simplistic, but mirroring posture and behavior are great ‘shortcuts’ for helping you establish rapport with a client or colleague. If he leans forward, you should lean forward too. If he speaks softly and slowly, so should you. His critter brain will classify you as ‘similar to me’ — in other words, a non-threat — and you’ll be on your way to a productive relationship.

Your critter brain is not a “planner.” It doesn’t approach the future with the consideration of a master chess player; instead, it does what it thinks is best for you right now. In other words, sustainability isn’t often a primary consideration. That’s why we can sometimes be really fired up about a goal (like losing weight) at first, but run out of steam quickly. It’s also why so many of us feel completely exhausted by the end of each busy day.

When you learn to consciously and intentionally manage your energy in your Smart State, you will continuously move forward. Eventually, you might even be able to put in less overt effort as you are carried along by your own momentum.

To diagnose how sustainable you are right now, make a chart to determine whether your overall energy balance is positive or negative, and what might be sapping it. Start with three columns: Gain Energy, Lose Energy, and Mixed. Then, fill in people, activities, and things that fit into each column. Maybe signing a new client and problem-solving with your team go into the first column, your needy colleague goes in the second, and responding to emails goes into the third.

Once you’re finished, take a look at the chart and assess whether the way you spend your time causes you to gain or lose energy overall. If it’s the latter, ask yourself what you can change so that more of your energy is spent in positive and productive ways.

Once you commit to developing these five skills, you’ll be well on your way to living in your Smart State instead of your Critter State. And while some of them may seem simple, they’re each hugely important. Your ability to focus, plan, motivate yourself, interact with others, and more can often mean the difference between success and failure. Ultimately, in business and in life, your Smart State is where you need to be to lead, to grow, to innovate, and to prosper. 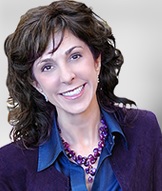