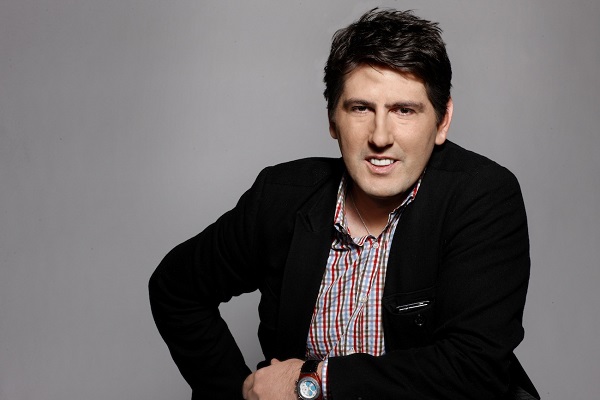 The upcoming Crowdsourcing Week is a five-day conference to be held in Singapore on June 3-7, 2013, that will explore everything crowdsourcing, open innovation and crowdfunding.

We grab Epirot Ludvik Nekaj (pictured above), the founder And CEO Of Crowdsourcing Week, for a quick chat on where crowdsourcing is headed in the coming years for this part of the world.

1. Crowdsourcing has been a phenomenon that’s been raging for quite a number of years. Do you think it’s a fad that will die down anytime soon?

Crowdsourcing is the practice of obtaining needed services, ideas, or content by soliciting contributions from a large group of people, and especially from an online community, rather than from traditional employees or suppliers. Often used to subdivide tedious work or to fund-raise startup companies and charities, this process can occur both online and offline.

Rather than fading away anytime soon, what we see is that crowdsourcing has transferred to the Internet. The Internet provides a particularly good venue for crowdsourcing since individuals tend to be more open in web-based projects where they are not being physically judged or scrutinized and thus can feel more comfortable sharing. This ultimately allows for well-designed artistic projects because individuals are less conscious, or maybe even less aware, of scrutiny towards their work. In an online atmosphere, more attention can be given to the specific needs of a project, rather than spending as much time in communication with other individuals.

This won’t die anytime soon, if ever. There are many ideas and movements that aim to get businesses or communities to act and put social media into a bigger and much better context: the sharing economy, access economy, collaborative consumption, co-creation, collaboration, open innovation amongst others. To me, all of them simply say – crowdsourcing.

The general concept is to combine the efforts of crowds of volunteers or part-time workers, where each one could contribute a small portion, which adds into a relatively large or significant result. Crowdsourcing is different from an ordinary outsourcing since it is a task or problem that is outsourced to an undefined public rather than to a specific, named group.

2. Who do you think are the biggest names in crowdsourcing over the past few years?

LEGO came up with an experiment that has evolved into a business unit. People can submit their ideas for product/toy ideas and LEGO will consider to produce the idea only if they reach 10.000 likes. If they do, they already have a crucial number of people interested in the toy and it will most likely become a success. This approach is better than producing 10 different things and only starting then to market it which will cost much more.

99 Designs is a community portal that helps brands link with designers. Designers work on a brief provided by the brand and get paid when they submit a design (logo, visual art, etc) that is accepted by the brand. This changes the internal processes of the brand and helps them become more productive as measured by being able to save on headcount and continue to fulfil the marketing, brand or corporate objective.

Local Motors is a car manufacturer that produces cars using a purely crowdsourcing methodology. By working with a virtual community of designers, fabricators, engineers and enthusiasts from around the world, Local Motors has created cars that are available commercially and around the world.

3. How do you think crowdsourcing has evolved in this part of the world?

While crowdfunding might be more a western ideal, crowdsourcing is pretty much global and can be used everywhere.

China has the most people using crowdsourcing, they even have their own term for it: Witkey (威客). In India, the highest earners on the top crowdsourcing platforms made 17 million in the last year. In addition, Asia is very fragmented and has still a lot of rural areas. Access to the Internet and crowdsourcing can bring Asia even closer together and enable more people to contribute and participate while also earning money through it.

4. But why does it seem that crowdsourcing is lagging in this region?

It requires a shift in mindset as well as education as many people in Asia still think crowdsourcing is not credible and similar to giving money away with no return on the investment. However, what we hope to build understanding about – through Crowdsourcing Week – is the return can be about better products and services that will improve the way companies can operate.

In Asia and Singapore, we cannot just copy existing crowdsourcing or crowdfunding platforms from the US and Europe. We need to build it differently, for example with more context, explanation and monitoring. We also have to respect that native language capabilities are very important in this region.

5. What would be the next phase or revolution in crowdsourcing? What should we look out for?

Businesses in Singapore and the region are looking for more ways to become faster, more productive and scale globally. Crowdsourcing can help such businesses reach out and secure relevant talent and competencies, adapt their current business models for efficiency and provide a short-cut towards R&D and innovating within a close-loop system.

A lot of education is needed here, as for many people in Asia adopt the perspective that crowdsourcing is about looking like they giving money away without any return. But the return can be products that make the world, and therefore their lives better. That may need a shift in mindset but in my opinion, is not very far away.

Young Upstarts readers get 15% off tickets (to the Crowdsourcing Week conference and Crowdfunding Workshop) with the code YOUNGUPSTARTS15.

[Interview] Patrick Burke, author of “The 10 Biggest Business Mistakes And How To Avoid Them”