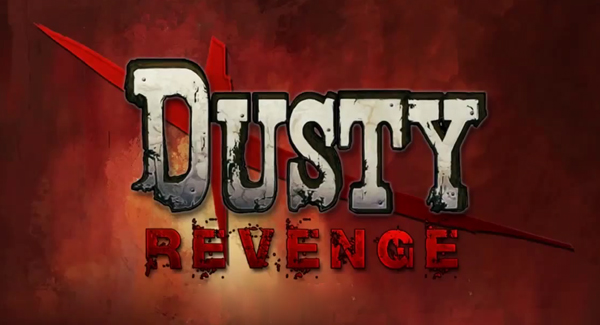 Singapore is no stranger to the magic of crowdfunding. We’ve seen local filmmakers, musicians and product designers leverage on the new medium but strangely enough, not game developers. That changes with Dusty Revenge, the latest from Singapore-based PD Design Studio. They’re only looking to fund their artbook but before we get into that, let’s see what the game’s all about.

This is a tale of vengeance, if the title didn’t give it away. Dusty the rabbit is out to take down those responsible for his beloved Daisy’s murder, leaving behind a trail of dead baddies. He teams up with two others along the way — Rondel the heavy weapons bear and McCoy the sharpshooting dog — to seek out their common enemy, only to “unravel a scheme much bigger than their personal vendettas”.

They may be animals but don’t let that fool you: Dusty Revenge is oozing with gritty cowboy charm. Cinematics are digital paintings that unfold like a motion-comic, giving way to present a 2D action platformer that’ll take us across ghostly towns and deadly jungles. Not to forget the characters themselves, from the enigmatic villain Craven to the mysterious soothsayer Gladius.

The Art of Revenge

This full-colour artbook started out as a fun side-project. When fan interest popped up on Facebook, the team began updating it “with more images and proper descriptions.” The book currently boasts over 150 pages, which is both impressive and costly for an indie developer. Cue Kickstarter.

Their funding goal stands at $12,000, which helps to offset the costs of printing and shipping. The developers have experience with printers due to their history as a design studio, so the budget is very much an accurate one.

There’s an impressive spread of reward tiers here, where US$35 will net you a signed hardcover of the artbook and a digital copy of Dusty Revenge (excluding $5/$10 for local or international shipping). If that sounds a bit much, then the US$19 tier will replace the physical book with a PDF version. Head over to the Kickstarter page for all the details.

Video games are as universal a concept as food. Singapore is only known for one of those two things but there’s no reason why we can’t foster a healthy development community.  Look at Melbourne: they’re home to a thriving indie scene and is host to the first-ever PAX Australia gaming convention in July. All that wouldn’t happen without the support of gamers and developers, so let’s show a little love for our aspiring talent.

At the very least, check out Dusty Revenge’s Steam Greenlight page. The game is reportedly 90% complete with a 2013 release for PC, Mac, PSN and — from the looks of things — the OUYA as well.

[This article was first posted on RobotsGoneBad]

Ade Putra always has trouble juggling the many games vying for his attention. He has a love for stealth and RPGs but is willing to try almost anything. Intercept his mind-babbling on Twitter at @Putraman.