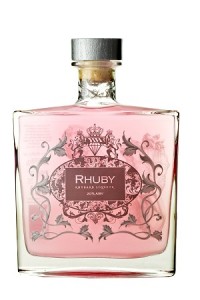 Åkers Styckebruk is a tiny village of just under 3,000 inhabitants located in Sweden’s Strängnäs Municipality, a region with a diverse and dynamic range of industries such as tourism, pharmaceuticals, biotechnology, logistics and education. It’s not somewhere you’d expect entrepreneurship to sprout from, but Ylva Binder did exactly that. Binder is the founder of Rhuby, an all-natural liqueur made from the humble rhubarb, a vegetable more commonly used in pies.

Binder’s introduction to spirits started early, when she started creating her own moonshine – Sweden has a prohibitively high taxation on alcohol – way before she was supposed to be consuming them. Together with a father who had an avid interest in herbs and spices for snaps – traditionally Swedish aquavit – Binder would have fun producing a variety of alcoholic creations using her mother’s cooking pots.

At 18 the young Swede left her native country, picking up three languages in English, Spanish and French, as well as a business degree. When she graduated she chose to join the then global advertising agency of Absolut – TBWA, putting a foot into the alcoholic drinks industry albeit from an advertising and marketing point of view.

When the spirits monopoly in Sweden was broken, Binder fully entered the spirits business by launching her own brand of vodka, Svensk Vodka. But that business folded later despite gaining a foothold in various European markets when one of her partners was caught out for illegal trading, and Binder joined Bacardi to handle Bombay Sapphire. She would finally spend 25 years in the industry, handling other brands including Dewar’s, Grey Goose, Martini, Glenfiddich, Hendrick’s, The Balvenie, Sailor Jerry’s, and Monkey Shoulder.

From Corporate To Entrepreneurship 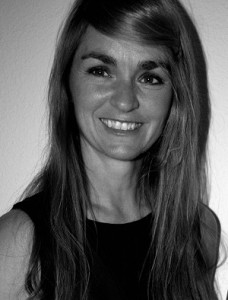 Binder (pictured left) has now returned, full circle, with Rhuby, but without the generous infrastructure afforded and backed by a huge blue-chip corporation. “Life as an entrepreneur is slightly different from the days of the large corporate,” shares Binder. “One day you were circled around in a helicopter to land atop Burj Al Arab in Dubai for the launch of Grey Goose in their Presidential Suite, to finding your way with 40k kilograms of Rhuby samples in the NY subway system.”

But she adds that nothing beats the sense of freedom and empowerment of managing your own time as your own boss. “(You can beat) the lack of infrastructure, distribution support and general brainstorming with a great team – you (just) have to keep the goal in sight,” she says. In fact without very clearly defined targets and day-to-day task management, she says it can be hard to maintain motivation on some days.

“Trivial tasks can take up a days’ worth of work – which is time you don’t have managing the entire business yourself. I had to learn cash flow projections, P&L reporting and VAT returns faster than anybody.”

“It is one thing reading those things and studying the principle to actually sit and enter every number and make sense of it.”

Being small, she says, can be frustrating. For example, being a small player means that nobody really cares about or listens to you. “No volume, no voice,” she laments. The lack of budget also forces one to expend a lot of effort just to get products listed or put on shelves. Another is the trap of being forced to sell out small pieces of the company in order to raise funds for growth. “Friends of mine have been voted off the board of their own company after years of struggle,” she shares.

But there are also upsides to running your own business, says Binder. “I take decisions in one day – or even seconds – which could take almost one year in the corporate situation of democratic decision taking and political proceedings and pressures. The speed in which you act and the response you can give to the people around you is liberating and you live by your every action.” Running a business out of passion also means you can get to choose to work with the people you like – if you don’t, you don’t have to deal with them.

“To launch Grey Goose in various markets or the global introduction of Hendrick’s into Travel Retail was nothing as you merely did your job. Of course I worked with passion and the belief in great brands – while having developed each aspect and flavor yourself in a brand from liquid to bottle designs – you get more sensitive.” But launching your own product is almost like holding a mirror to yourself and where things become more personal, Binder explains. “You feel a lot more vulnerable representing it.”

“It is also hard to be ‘over-selling’ your own brand as it feels overtly pompous and arrogant.”

Rhuby, Binder shares, is still in that early phase where it’s a balancing act when it comes to managing cash. “Cash is king is no underestimation when it comes to starting up on your own. Everything is pre-paid and you still need to collect the sales months later. The financial restraints should not ever be underestimated however much passion and belief there is in the idea,” she insists. “I am hoping to break-even in year three.”

“My only advice to the entrepreneur is – just be aware what you let yourself in for. The first few years takes it out of you.”