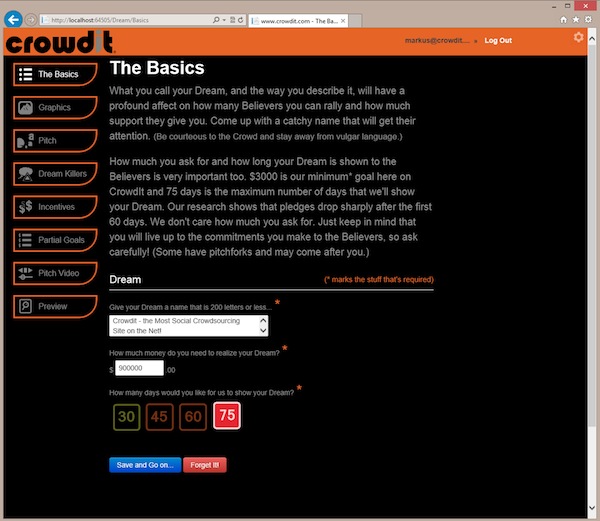 Crowdfunding, the new in-thing in micro-financing that’s taken the world by storm thanks to the likes of Kickstarter, takes a twist with new crowdfunding site CrowdIt.

CrowdIt (www.crowdit.com) aims to take a different approach to crowdfunding by building an online community,  as well as incorporating elements of mentoring, peer review and business networking for inventors, innovators, entrepreneurs and other associated dreamers. Aside from tapping other people’s wallets, the site wants also to leveraging on the collective power of the crowd to create the support system aspiring entrepreneurs need to turn their ideas into a reality.

“Our vision for crowdfunding is about helping people achieve their dreams – be it starting a new business, developing a new invention or creating a technology start-up – and leveraging the power of the crowd beyond just the funding event,” says Jason Graf, co-founder and CEO for CrowdIt. “We think the business networking possibilities alone can transform crowdfunding into a true economic engine that is ready to jumpstart new enterprises of all kinds.” 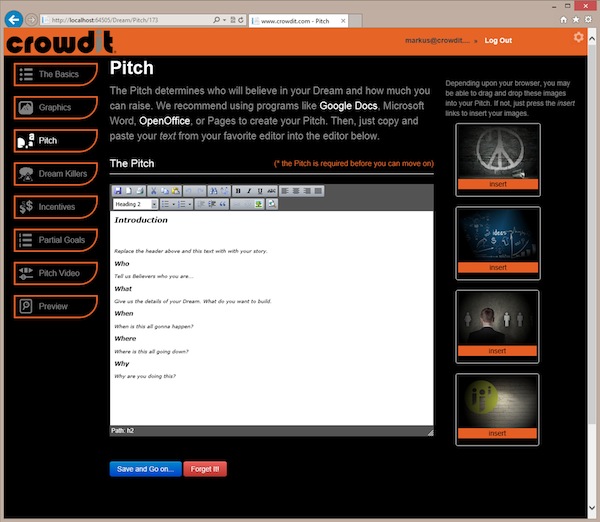 CrowdIt is currently accepting crowdfunding projects on its site, and projects will go live on the site June 4, 2013. The Springfield, Missouri-based startup is privately held and backed by venture capital firm Baron VC.