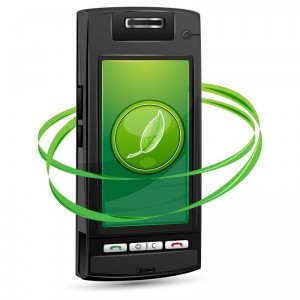 Literacy is not an overwhelmingly big issue for Singaporeans. Instead, it’s taken as a fact; 96.6 percent of men and 88.6 percent of women are literate, according to the millennial census – though this data is of course nearly 15 years old. In fact, 92.5 percent of Singaporeans over the age of 15 can read and write. Some countries around the globe aren’t in such a fortunate position: Afghanistan, for example, has one of the lowest literacy rates in the world, with only 28.1 percent of their population aged above 15 capable of reading and writing effectively. More shockingly, only one in ten Afghan women can read or write, thanks to the Taliban’s ban on women’s education under their rule.

To that end, the world’s foremost technologists are joining forces with aid organizations in leveraging smartphones as literacy-improvement tools. In a country where reading and writing tools and materials are rare, and an interactive lesson with an English teacher could cost a month’s wages, smartphones are becoming an essential tool to help Afghan citizens – women in particular – to learn how to communicate via the written (printed, or digitised) word.

Over half of the country’s 30.4 million citizens have active mobile contracts, with the de facto standard for modern handsets supplying more than enough computational grunt to run an interactive, audio-based literacy classroom on-the-go. That’s why Afghan IT consultancy Paiwastoon Networking Services and the Afghan Ministry of Education have teamed up, thanks to $80,000 in US aid, to provide the software free of charge to as many students as possible (100 as of November 2012, according to Wired). By 2015, the aim is to achieve 48 percent literacy across the nation, with the biggest gains expected to be seen in the female section of the population.

The application of mobile devices to learning literacy is not particularly new. In the UK and US, whole districts are converting their current education systems to mobile device-friendly ones, encouraging students to bring their own devices or use school-provided ones for the duration of the school day. Part of the popularity of these devices lies in their engaging interactivity – many carry touchscreens, which are immediately familiar to children and can ease the difficulties experienced by children with fine-grain motor disabilities while using technology – but the most significant aspect to many of these mobile devices is their portability. A Gartner study recently concluded that Americans who possess a smartphone carry it with them around 91 percent of the time, extending the school day far beyond the traditional school day.

The ubiquitous Kindle reading platform offers extended texts to those grappling with their new skills, too. It’s available across pretty much every device, from the iPhone to the BlackBerry Bold smartphone, and offers a library of more than 1 million books (including the latest and greatest). Education institutions can purchase special bulk licenses, if they want to buy and distribute core texts rapidly.

Moving back to Singapore, there’s a lot more that can be done to bring those literacy rates up to the international gold standard of 100 percent. In 2011 it was revealed that Singaporeans have 1,496 mobile phone subscriptions per 1,000 population. In other words, each and every Singapore citizen has on average 1.5 mobile subscriptions. The concentration of mobile phones in Singapore is quite striking. With the rollout of a targeted mobile-centric literacy program across the country, Singapore could quite easily find itself in the top 20 literate countries worldwide by 2015 – which would be a great time for a Singapore-based mobile literacy startup to enter the Middle East and push Afghanistan up the literacy rankings.

Louise Miller graduated from LSE in 2011 with an MA in engineering and is currently setting up her own web design business. She loves blogging about tech and social media in her free time.