That’s right. I’m not going to butter it up for you and say ‘having a go’ is enough, as that’s one of the biggest ‘cop outs’ anyone can accept. Winning is everything and it should be treated as such. It’s not just why you are getting into doing what you are doing but it should embody you as an entrepreneur.   The thing about winning is, it becomes not only easier each time but it becomes ingrained in who you are. Whether it’s a small win or a big win, the fact is you’re winning. And winning is what people want to follow. Winning keeps a team committed, a competitor at bay and also investors looking to support you. If you were to take one attitude with you as you set out to accomplish your next challenge take the attitude of ‘winning’.

And live by it.   I’ve been a competitor my whole life. Being a twin brother made it worse – as growing up, everything became a contest. It’s this passion, energy and complete commitment to winning that I’ve tried to adopt as we tackle new projects and investments. And it’s this attitude that we look for the most in young entrepreneurs. We ask ourselves ‘Is this guy a winner?’

When the going get’s tough ‘is this guy going to do what ever he can to make it work?’    People tend to be creatures of habit, so if you’re not tackling any small challenge as an opportunity to build followers and demonstrate your commitment to the goal, I suggest you start doing it.

It’s not about taking everything so seriously, but it’s about practicing an attitude to which you need to succeed. Have you ever met someone where you thought ‘Yeah he’s talented, however he’s just not a winner’  I’m not suggesting you become a typical competitive junkie – attitude that has everyone praying for your demise. I’m saying go out there and confront any challenge with vigor. Do it with passion, energy, integrity and a friendly competitive spirit – people will love you for it.

You’ll gain the respect of your peers and others will want to join you, win or lose. 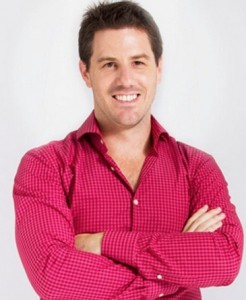 Andrew Collins is the CEO of a multi-award winning social media and technology company Mailman. Based in Shanghai, Mailman is a leading provider of Asia online strategy and is responsible for connecting some of the world’s biggest brands, football clubs and celebrities with global Chinese consumers. Andrew was featured as the Top Entrepreneur under 30 in Australia in 2008 and continues to grow a extensive network of online media assets.