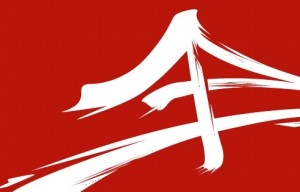 Co-founders Vinnie Lauria, Paul Bragiel and Jeffrey Paine says that the venture fund’s investment decisions have been based on more than a year spent researching the region, meeting start-ups and hosting events across a dozen cities. In that time, they ‘met over 400 teams from all over the region’. They add that each of their new investments rides a wave of change in Southeast Asia: Coda Payments serves the rapidly expanding universe of online properties that seek to charge their users for content and services, TradeGecko solves as a chronic problem for regional wholesalers who want to connect better with their customers, while RedMart enables Internet users to buy everyday home essentials online.

“This is a huge milestone for us as a company,” says Cameron Priest, CEO of TradeGecko, which closed a seed round of US$650,000 led by WaveMaker Labs that included Golden Gate Ventures. “Not only does it give us the resources we need to offer an end to end solution but it also gives us access to the insight, experience and connections of a great group of investors as we roll out worldwide.” The funding will allow the company to integrate its cloud based inventory and order management system with other SaaS applications such as Xero, Shopify and Vend which are already used by TradeGecko’s SME clients.

Founding partner Bragiel says that Southeast Asia continues to surprise with the quality of its startups. “Many people I talk with in the valley think Asia is just China and India but we see a huge booming market across the region. We are really excited to be at the heart of it,” says Bragiel. Paine agrees.  “I’m meeting inspiring entrepreneurs every day,” he says. “Southeast Asia is brimming with smart, talented, and self-driven entrepreneurs. Mix that with double digit growth in the region and the stage looks set for us to create a number of breakout successes over the next few years.”