Feeling stressed at the workplace because you’re pressured to do more, faster, with less? Well, you’re not alone. According to a recent survey sponsored by business application platform provider TrackVia, a whopping 84-percent of non-executive workers reported that they feel pressured – at least occasionally – to do their work faster.

“I think it’s safe to say that the days of taking your time to do the job right is being replaced by ‘do your job right – but do it as fast as possible,’” says Charles Var, vice president of marketing at TrackVia. “This hurry-up workplace is simply a new fact of life for many workers.”

But how do you deal with the increase in expectations when it comes to getting work done faster? 26-percent of survey respondents say “keeping organized” was most important for getting their work done fast, while “amount of experience” was selected second most often at 21-percent.  Eight percent of respondents cite “having software that is reliable/ dependable” and another seven percent selected “having the right type of software needed for my work”.

Here’s an infographic that shows some of the numbers from that survey: 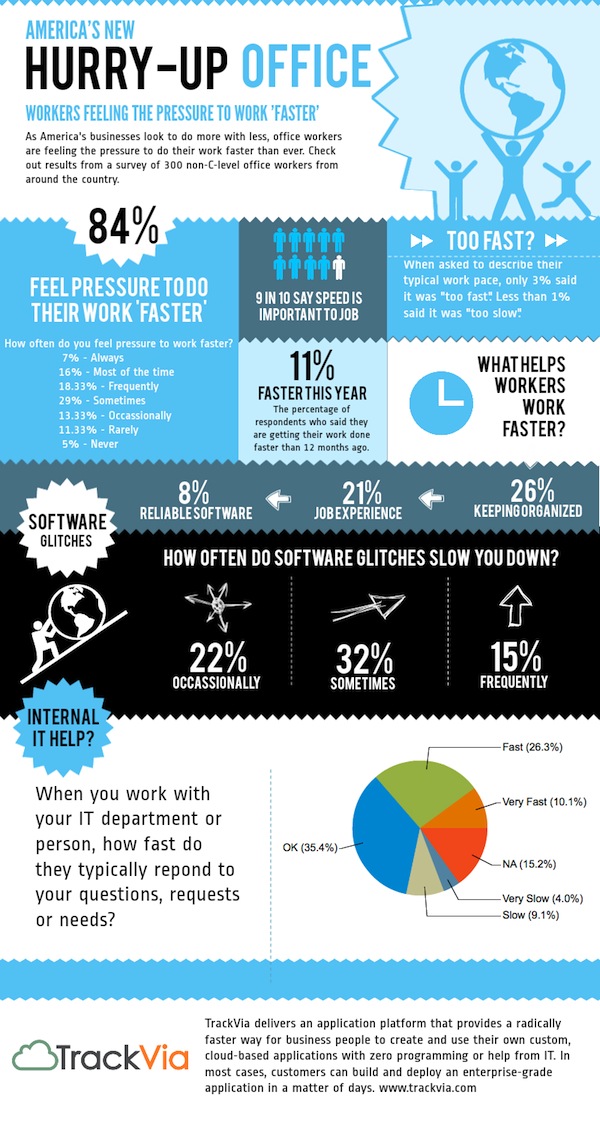