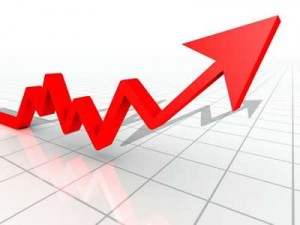 Closing deals and increasing sales can be challenging in the best of times, but with the ongoing recession, it’s even tougher for sales reps to hit their goals. It becomes a vicious cycle: when sales are down, more companies will cut their budgets, resulting in lower sales. In today’s difficult economic climate, how can sales teams make and increase sales so their companies can stay afloat?

1. Focus on what can be controlled.

Looking at the big picture can be overwhelming. Break down bigger goals into manageable chunks. Decide to accomplish specific things: each day make five phone calls, find two new business prospects and make one new appointment. Create a prospecting plan, outlining how you’ll generate new leads. Making sales is a lot like dieting. You may be overwhelmed when you think of the 50 pounds you need to lose, but when you break it down into realistic daily goals — run two miles and skip dessert today — you’ll lose a pound or two each week. Over time, you’ll reach your bigger weight loss goal.

Likewise with sales, behavior controls attitude, attitude doesn’t control behavior. You may not always wake up with a great attitude, thinking it’s a great day to go running. But you can control your behavior by waking up and running two miles each day.  Small, manageable tasks really do add up, allowing you to eventually reach that bigger goal.

Many successful sales professionals work backwards to reach their goals.  The goal to generate a certain amount of revenue might mean you need to close 10 deals. To accomplish that, you may need to make 15 presentations.  To get in front of those 15 prospects, you might need to make 60 follow-up calls, which would depend on first making 90 initial calls.

Don’t focus on the revenue you need to win. Focus on the daily steps that will get you to that goal. Instead of panicking about the 10 sales that you need to make, think about how you’ll make those 90 phone calls necessary to jump-start the process. When sales teams aren’t meeting their goals, they might not know what to do on a daily basis to successfully meet their manager’s expectations. With a reverse sales funnel, they’ll develop a realistic, action-oriented plan, determine how to manage their sales pipeline, and work toward their big-picture goals.

3. Make it a WE approach vs. a YOU approach.

The popular saying is true: there is no “I” in team. If the sales manager makes it clear that the team is in this together, it makes a huge difference in the sales team’s morale, motivation and overall attitude. When a sales rep believes that success and failure lies with them alone, it adds a lot of unnecessary pressure. Managers should emphasize that they’re there to help sales reps succeed. Sales reps are often more emotionally invested in each sale, since they’re so close to prospects and become immersed in closing the deal. Sales managers are often less emotionally invested and, therefore, more objective, offering a fresh perspective that can be quite valuable.

Managers also have the ability to pull in extra resources to help move the deal, such as having the company’s CEO make a phone call to land an important new account.

Sales teams are notoriously competitive. Holding a contest can be an effective way to drive healthy competition and, ultimately, increase sales. It’s been proven that people are motivated by both money and recognition, so create cash incentives or develop a strategy to recognize and publicly applaud top sellers.

This approach is a great way to motivate people who aren’t hitting their numbers and also inspire top sellers, encouraging them to close even more deals. Team leaders should be managing the process, asking reps about the status of each account, asking what the team needs to do to close the deal, psyching them up so they want to win the grand prize, thus motivating them to ramp up their sales efforts.

If your sales team is a million dollars behind goal, it doesn’t do much good to belabor the point.  They realize they’re not meeting their numbers, and they’re worried about how far behind they are. When your sales team is struggling to hit their numbers, it’s ineffective for a sales manager to tell them to work harder to reach their goal. Pushing them to reach their numbers puts increased pressure on the sales team, when they’re likely already trying their best. The problem may be that they don’t know how to improve the situation.

Instead of pressuring them, demonstrate how they can increase their sales. Create an action plan, outlining what each member of the team needs to do every single day to achieve success.

Dave Mattson is the CEO and a partner at Sandler Systems, Inc., an international training and consulting organization headquartered in the United States. Since 1986, he has been a trainer and business consultant for management, sales, interpersonal communication, corporate team building and strategic planning throughout the United States and Europe.