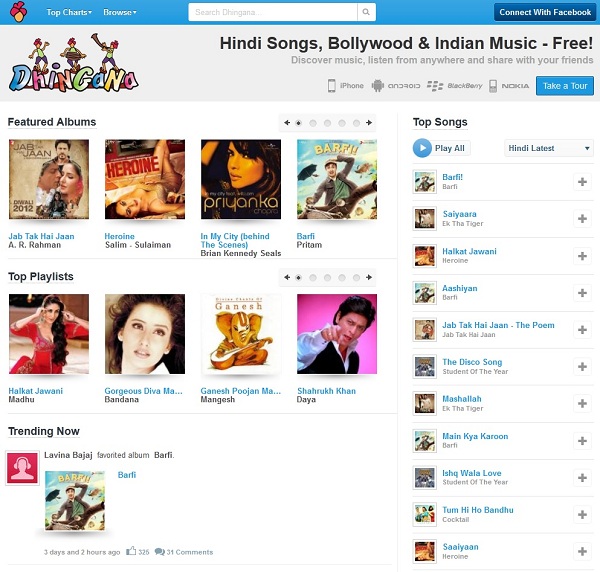 When it comes to entertainment, India’s more known for Bollywood and its movies far more than its music. But it’s a huge lucrative market for those who dare – and the founders of Sunnyvale, California-based Dhingana.com may be poised to capitalize on that demand.

Dhingana– which means “joy”, “zeal” and “frenzy” in the Indo-Aryan Marathi language – is an on-demand, in-streaming music site and application which carries more than 350,000 free songs in over 35 Indian languages and across a variety of musical genres. Users can create a personalized streaming playlist, and includes social sharing functions such as the ability to share real-time music listening on Facebook, ‘comment’, ‘like’, and ‘favorite’ albums on the site to create community-based ratings. There are also applications for almost all mobile platforms, including iOS, Blackberry, Android and Nokia’s Sybian.

The service, launched in 2007, reached 11 million users worldwide – with 3 million from the United States – and has recently launched an advertising platform to help brands reach the Indian diaspora around the world.