by Bill Lee, author of “The Hidden Wealth of Customers: Realizing the Untapped Value of Your Most Important Asset“

The old paradigm works like this: Your company produces goods and services that help customers get a job done. In return, the customers pay you money. You take that money and invest a good portion of it in traditional sales and marketing efforts — including product developers, creative people, and salespeople, all of whom are paid to figure out what buyers want and to say good things about your company — in a quest to get even more customers.

Wouldn’t it be far more effective to let the customers themselves drive your sales and marketing efforts and fuel your growth?

The new approach makes so much more sense. No matter how much money you spend on third party marketing people, they’re still a layer removed from those who buy. They can never really understand customers because they aren’t customers themselves. The organizations that achieve rapid growth are those that don’t just think of customers as ‘buyers of stuff’ but as advocates, influencers, and contributors.

In my book, “The Hidden Wealth of Customers” I offer a compelling vision for a more reliable way to grow a business by maximizing “return on relationship” with what I call “rock star” customers. When this is done right, a company’s best customers will prospect for the firm while also speeding product adoption and improving customer satisfaction and long-term loyalty. It’s all part of a virtuous cycle: Companies improve what they offer customers, which allows customers to gain more value from products and services, and thereby improves what customers can offer companies.

The truth is, your customers are incredibly well equipped to market, sell, and even develop your products and services. Here are seven things they can do better than you:

Attract high-value information from other customers.

This “inside knowledge” of their peers creates stratospheric value. Facebook is the quintessential example. Imagine a traditional company that tried to generate the kind of information Facebook generates: real-time data on what movies people are watching, what restaurants they’re visiting, what vacations they’re taking, and what books they’re reading. Facebook dispensed with all the research most companies would have tried to dig up, and instead focused on letting customers provide it.

Westlaw, which provides legal research services for law firms, is another example. It realized that its clients were interested in how they and the markets they serviced stacked up to other firms and markets. So Westlaw created Peer Monitor, which aggregates anonymized data on firms’ financial and operational performance, collected from participating clients with their permission — and this turned into a lucrative new business.

It’s this simple: You’ve got something to sell. Your customers don’t. This makes them far more credible to other potential customers than agencies or internal employees. SAS Canada is a good case in point. The company was having a noticeable customer retention issue several years ago. Retention rates had declined from the high 90s to the mid 80s, which senior management felt the need to address quickly. SAS software was doing an excellent job of keeping up with customer needs. Unfortunately, the customers didn’t seem to realize this. So a small group within SAS, led by Wally Thiessen, built a team of 250 “customer champions” along with 50 “super champions” to spread the word for them.

SAS saw that it would be futile for the company to keep pointing out how great they were. However, they knew that defecting customers might listen to what other SAS customers had to say. With support from Thiessen and his team, SAS customer champions established regular events in more than 20 major cities, set the agendas, selected speakers (and made presentations themselves), and stayed in touch afterwards via online forums and e-newsletters. As a result, retention rates rebounded back up to the high 90s.

Why would customers make such an effort? SAS customer champions certainly didn’t do it for rewards or prizes, a mistake many companies make with their customer advocates. Rather, they did these things because a) SAS software really was doing a terrific job, and b) getting the word out to their peers helped the customer champions build social capital. It increased their visibility in their professional community, put them in positions of leadership, and gave them access to insider industry information from SAS Canada that they could then share with other customers.

Your customers make better salespeople than you do, precisely because they don’t have any (obvious) skin in the game. Plus, they can honestly say, “This product or service worked for me. It can work for you, too.” Marc Benioff realized the persuasive power of customers in the early days of building Salesforce.com. Lacking the multi-million-dollar budgets of competitors like Oracle and SAP, he relied instead on face-to-face meetings with prospects and customers in major city markets.

He was surprised to find that prospects at such events were much more interested in talking with SFDC customers than with him and his executive team. And he was delighted to find that 80 percent of prospects who attended the events — and interacted with customers in such ways — wound up becoming customers themselves. That’s an amazing close rate for any offering. And unlike salespeople, SFDC’s customer salespeople didn’t require a bit of training.

Many leaders believe that customers can’t articulate their needs, much less develop ideas for products to satisfy them. This is just not true. A substantial body of well-established research has shown that many if not most successful innovations are customer-originated. In one compilation of studies of 1,193 commercially successful innovations across nine industries by MIT’s Eric von Hippel, 737 (60 percent) came from customers. That’s why companies that struggle with product development should consider looking outside to customer innovators.

3M’s Medical-Surgical Markets Division tried a last-gasp project in the 1990s to kick-start its consistently poor innovation record. It formed a team designed to bypass the internal innovation process and search for breakthrough innovations being created by outside ‘lead users.’ When the results were compared with ordinary product development projects at 3M, the differences were dramatic: Lead-user innovations achieved average revenue of $146 million in their fifth year, compared with $18 million for internally generated innovations.

Connect with your prospects (a.k.a., their peers).

By nature, most all of us are open to creative new ways to affiliate with our friends and peers. On the other hand, we’re not that excited about getting close to companies — a mistake many companies make when they set out to form communities around their brand. (Let’s face it: Corporate logos and official spokespersons don’t exactly promote the warm and fuzzy connections that invite confidences!) The key is to figure out a way to foster a dialogue between customers and their peers that touches on issues related to your products.

Procter & Gamble’s BeingGirl community for teen and pre-teen girls was initially formed to promote feminine hygiene products. Because P&G knew TV and print ads made its young audience uncomfortable, it enlisted experts to provide content. When this created little interest, P&G established forums so that girls could talk to each other about the issues and challenges of growing into young womanhood. Finally, the site took off. Girls from around the world were eager to get into the conversation — and P&G was able to market its products more subtly and effectively than before.

The bottom line is that customers are more apt to trust and care about information when it comes from a peer rather than an organization.

Many firms are getting nowhere with their web and social media marketing efforts. That’s often because they’re trying to adapt traditional marketing communications to these mediums. They need to get creative about bringing customers into these programs.

Intel, for example, credits well-designed customer testimonials and other customer content for an explosion in the creation of qualified prospective customer interest and inquiries through its once-lagging social media and web marketing efforts. The company can’t share the numbers publicly, but I can say that within a few years, it expects to bring in a significant percentage of all its new business through its website efforts and the key to this growth is content from its existing customers.

In 2011, Salesforce.com cut traditional lead generation spending by 69 percent while increasing spending on customer videos (by 1,300 percent) and social media. One early result from that was an increase in contacts generated by social media of 400 percent.

When seeking to penetrate new markets, firms typically recruit some mix of local employees or agencies into their marketing and sales efforts. How about local customers?

Microsoft has perfected the art of finding and engaging with local “MVP” (Most Valuable Professional) customers who play a central role. An example is “Mr. Excel,” who runs a website by that name, which on some days attracts more visitors than Microsoft’s own Excel page! Many companies would have issued a cease and desist order or filed a lawsuit. Microsoft embraces and supports such customers — now numbering some 4,000 around the world. These customers provide the firm with highly effective marketing communications and superb product testing and feedback. They also provide exceptional, and free, customer support — which has saved Microsoft hundreds of millions of dollars in support costs.

Companies often say that ‘customers are our best assets. But most of the value of these assets lies fallow. Now, with the advent of social media and a global marketplace, more and more companies are starting to harvest these assets and are propelling their organizations to rapid and sustained growth. 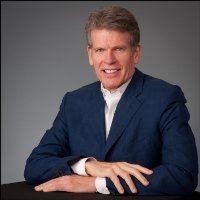