by Ben Thomson, developer at Twythm 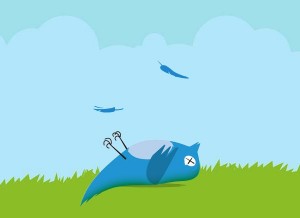 So I own a startup. It’s a Twitter-powered app. It’s cool, it lets you share music over Twitter. But with these new API changes, I’m not sure how or even if we can stay in business.

As you may know, Twitter changes the rules for oAuth requests as well as a few minor things for apps using Twitter’s services. Now one of the things that makes my startup, Twythm (http://twythm.com), different is that you don’t have to authorize with Twitter using oAuth. We use Twitter Anywhere, where you connect with Twitter and you can Tweet and a few other things. Note: this is different from oAuth.

Because we launched around July we are new, and if we had to shut down I would be devastated. I didn’t really look into the recent API changes. I just saw the changes to oAuth and disregarded it. But I looked into it more the other day and I stumbled upon the “minor” changes. The one that honestly scares the sh*t out of me is the display of tweets. Twitter states that the “reply, retweet, favorite and the Twitter logo” must be included in a display of a tweet. A minor, but cool part of Twythm is the live feed. We use a hacked twitter widget supplied by them but with removed branding and the buttons. For example we call “favoriting” a tweet from Twythm a “like”. Or, the reply becomes “discuss this song”. If we had to change this, it’s the same thing, but it’s part of Twythm. So, the point of this story is “why in the hell did you do that?”

I don’t see why prohibiting developers from using Twitter’s capabilities does any good. I chose using Twitter over Facebook for two reasons. The first is Twitter is a better suited place for sharing music. Second, Facebook’s API is RETARDED. I love(d) Twitter’s API because of the freedom and ease of use. So I chose Twitter’s API for the main functionality of Twythm. So now, Twitter is going to screw with the way Twythm works.

Now I’m going to say why this does more bad than good for Twitter user experience. A lot of Twitter apps fill in missing functionality or improve existing ones. Twitpic added functionality where none existed. You can’t share music on Twitter, so I made Twythm so I could share my favorite music. My friend, and business partner Matt Brand told me this could be something. Now that Twitter removed the “via” link on tweets, Twythm, like many apps, is being threatened. Part of Twythm is the link. When you search a song, you’ll get a cool little link that gives you the ability to listen to the song, find out more info, etc. So if we don’t get a link back to our app, we’re losing a lot of traffic. Someone suggested advertising. Yes, that’s great, but it was there for free. So, if Twythm doesn’t get enough traffic to pay the bills, we’ll shut down. If Twitter cuts off access to most apps, not only will they lose great apps, Twitter will also lose functionality. I mean, if Tweetbot goes, I do. If Twythm goes, how will you share music?

But what does this mean for startups who use Twitter’s API?

When we heard about the API changes, we immediately started working on adjustments. These aren’t live yet, but we use Twitter and Facebook’s API. Now we’re working on improving the Facebook functionality because we may have to drop Twitter functionality. (Though our name still would sound a lot like Twitter) So if this is affecting you, become less dependent. While we still do depend on Twitter, well, because we’re a Twitter app. But do what we did. Work around it. I admit I was pissed when I heard about this. Being only 2 months old, there was no worse time to launch a Twitter-based startup, when they’re changing everything right under us. We’re essentially getting kicked in the balls when we’re 2 months old. But if you developed a Twitter app, it will force you to make it better. It’s good in a way, but I wish they hadn’t done that.

All in all, perhaps Twitter will see that apps help make Twitter’s ecosystem richer and they will loosen API rules up a bit.

Ben Thomson is a serial entrepreneur with several tech startups. Hard rock and classic rock are the best types of music according to him. He is a developer at Twythm.