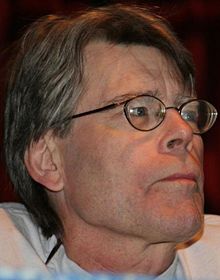 We all love to hear the stories of the single mom who writes a book in her spare time and sells 10 million copies, or the kid who is discovered walking down the street who becomes an A-list Hollywood star. But for many now-successful people, their path to glory was not nearly as straight. They had to put in their time taking jobs here and there for small money and no recognition, perfecting their craft in the process and trying to keep their eyes on the prize. For all the freelancers out there, take heart in knowing these 25 sensations started out right where you are.

In his famous writing guide/autobiography On Writing, the uber-successful writer relates how his early attempts at writing worked out. At 16 he began sending his articles off to magazines, and he received dozens of rejection letters that he would then nail to his wall. Finally, after two years, the magazine Comics Review accepted his story “I Was a Teenage Graverobber.”

Almost Famous is the semi-autobiographical story of a young freelance writer (Crowe) following a band on tour for a piece in Rolling Stone. Though he’s now an established screenwriter, director, and producer, he continues to freelance for the Los Angeles Times.

Before her humorous book on grammar became an out-of-left-field bestseller, Truss freelanced for several British dailies and magazines, winning Columnist of the Year in 1996 for her contributions to Woman’s Journal, and reviewing books for The Listener and the Sunday Times.

Acting is inherently a type of freelance career, involving taking jobs with different studios and production companies. But if you think of freelance acting as taking ridiculous roles to help you pay the bills until you get your big break, Brad Pitt’s first job as a costumed chicken for El Pollo Loco surely qualifies.

Asimov was one of the greatest science fiction writers of all time, the man who created the Three Laws of Robotics and even had a crater on Mars named after him. But this legend got his start in the late ’30s sending his work off to be published in science fiction magazines.

Through a friendship with the editor, Jerome David Salinger began having articles published in Columbia University’s Story Magazine. He would go on to contribute to periodicals like the Saturday Evening Post and Collier’s, before penning the book that would define a generation.

In 1962, Nelson recorded his first album, called “And Then I Wrote.” Although obviously a talented musician, freelance songwriting is how the country legend launched his career, penning several songs for other artists, including the enduring Patsy Cline hit, “Crazy.”

At the age of 14, this famous author of Fahrenheit 451 met George Burns one day and parlayed that into a paid writing gig for the Burns and Allen radio show. He continued freelancing for magazines, publishing articles in various magazines that would ultimately be compiled into his successful book, The Martian Chronicles.

Although Thompson achieved critical success later in life, he will always be remembered for the work he did as a freelance journalist. After being fired from several newspapers, he found work as a freelancer for the New York Herald Tribune and later The Nation, National Observer, and Sports Illustrated.

The eventual author of The Jungle paid his way through City College of New York by writing jokes and fiction for pulp and boys’ magazines, graduating at just 19. He continued writing dime novels to cover his tuition at Columbia University.

By the time he started writing, Jack London had already been a sailor and a gold miner. But on his way to writing Call of the Wild, London was a true freelancer, writing articles for about $.10 a word for magazines like Collier’s and Bookman.

The N.E.R.D. frontman and producer had already been “discovered” at a high school talent show for his rapping ability, but the first two pieces of professional work he did were freelance-type gigs. He contributed a verse for the classic “Rump Shaker” by the group Wreckx-N-Effect, and he had a small solo on the SWV track “Right Here.”

The man born as Samuel Clemens blurred the lines between newspaper correspondent and freelance journalist. His first major story, written while working for the Territorial Enterprise, was published by the New York Saturday Press, after which papers like the Sacramento Union and San Francisco’s Alta California began to hire him to write travel essays.

In his own words, for a time this author of The Scarlet Letter was “the obscurest man of letters in America.” Most of the freelance work he managed to have published in various magazines was run anonymously.

Before securing his place as one of the best guitarists ever through his music with Led Zeppelin, Page cut his teeth as a session musician, the industry equivalent of a freelancer. He participated in the recording of work by bands like The Silhouettes and Carter-Lewis and the Southerners, and later better-known bands like The Who and The Kinks.

Our younger readers may not be familiar with this writer, but he was one of the most prolific and talented novelists of westerns in American history. However, his success only came after slogging through rejection letters from magazines before they began to regularly accept them.

On his way to winning four Pulitzer Prizes for Poetry, Robert Frost sold his very first poem, “My Butterfly. An Elegy” to New York Independent for $15. He was so pleased with himself he proposed to his girlfriend, but she turned him down.

Israel Baline’s first foray into the world of music could be called freelancing at best, and begging at worst. With his father dead, young Berlin took to the streets to sing for pennies on the street or in saloons. The experience taught him what kinds of songs people like, and more importantly, what they’ll pay for.

Hendrix is another world-famous guitar player who made his way in the early days playing on the so-called “Chitlin Circuit.” In the southern venues, Hendrix traveled around playing with his own band and also subbing in with the bands of Sam Cooke, Tommy Tucker, and Jackie Wilson.

While studying journalism at NYU, Meg Ryan did some freelance “acting” in commercials for products like toothpaste and Campbell’s Soup in the early ’80s. She soon landed a role in a TV series and then a movie, and never looked back.

His boys’ novels created the rags-to-riches genre and helped define the American Dream. But he began humbly with an article entitled “Chivalry,” written for the Boston magazine Pictorial National Library for a fee of $2.

The Hurt Locker dominated the Academy Awards in 2010, winning Best Picture and Best Original Screenplay, among other Oscars. The man behind that screenplay was Mark Boal, a freelance writer who had been embedded with U.S. troops in Iraq in 2004.

Albom gave the world Tuesdays with Morrie and The Five People You Meet in Heaven, but his introduction to writing was freelancing for the weekly Queens Tribune and local supermarket shoppers. Eventually he built a portfolio good enough to get him into Columbia’s journalism school.

The Girl Who Kicked the Hornet’s Nest was the most-sold book of 2010, at 1.9 million copies moved. Many may not know Larsson started out writing science fiction fanzines and short stories for magazines.

Considered by many to be the greatest novelist of all time, Dickens started out as a journalist, contributing articles to his brother-in-law’s paper, the Mirror of Parliament. Later he had articles published in another paper and a little-read magazine called The Monthly.

This article was first published in Online College.