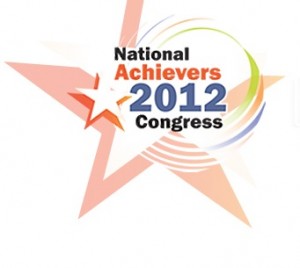 Held on June 1-3, 2012, the National Achievers Congress – a platform that aims to have delegates learn from the best in management, leadership, finance and personal development – will again roll out a slew of exciting events to support and laud budding entrepreneurs and aspirant organizations that have shown courage and passion in pursuing their dreams.

Organized this year by Success Resources, participants will be able to hear from a lineup of speakers that include Robert Kiyosaki and his wife Kim Kiyosaki of “Rich Dad, Poor Dad” fame, as well as financial and leadership advisers such as Tom Wheelwright, Ken McElroy, Rick Belluzo, and Krish Dhanam. World-famous figures who had spoken at previous events include former US President Bill Clinton, Michael Porter, Robert Kiyosaki, Tom Hopkins, Jay Abraham, as well as former UK Prime Minister Tony Blair.

Running into its 20th season, the National Achievers Congress will also include a “Cashflow 202 Tournament” that will pit investment and finance management chops through a board game. “We are working round-the-clock to make the 20th year the most significant National Achievers Congress ever,” says Richard Tan, CEO of Success Resources. “We look forward to bring to the audience what they have come to expect from us – a mass meeting of the minds marked by solid content, inspiring speakers and the spirit of entrepreneurship.”

You can book your tickets here.