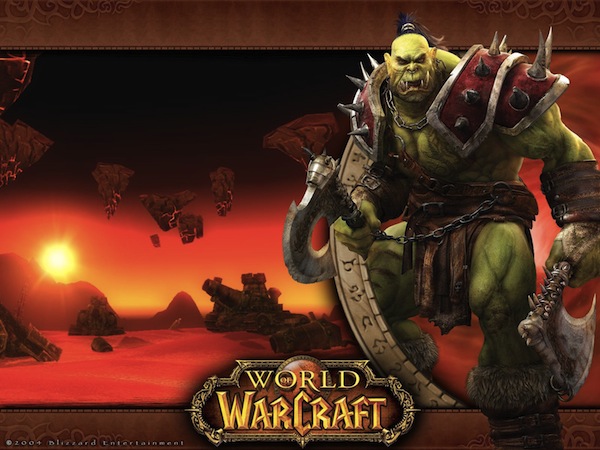 Despite their huge potential for facilitating learning, “games” have a connotation as being frivolous and time-wasting. While that is often true, teachers in higher education are catching on to the fact that allowing students to learn through competition or in a virtual environment can be effective well past grade school. Many business schools are making use of business simulation games and other games to teach important MBA skills. These are 10 of the most popular resources being used by tomorrow’s bosses today.

Using video games in business education is not new, and free business games have been shared online before. But rarely has a free program had the pedigree of a school like MIT behind it. Platform Wars is a video game simulator that allows MBA students to become executives of one of the major video game console manufacturers like Nintendo or Microsoft. They must figure out how to beat the competition and earn the most profit over a 10-year period. The game is available on MIT’s teaching innovation resources website, along with free case studies and video explanations by the instructor.

Games like SimCity have blurred the distinction between games and simulations. Many of the tasks have no inherent goals or missions that we associate with games. Second Life falls into this category. It’s an online virtual world where users can inhabit avatars and interact with other users. This “game” has no winning or losing; it’s simply virtual life. At INSEAD (European Institute of Business Administration), online educators have constructed a virtual campus where real-life activities like lectures and discussions can be held for MBA students from all over the world. The virtual reality opens up possibilities for experiencing school (and life) from a different race and gender through an avatar.

Golf instructors discovered a while ago that having students watch a slow-motion video of their golf swings from different angles helps them visualize what they’re doing wrong so that they can correct it. After all, a picture is worth a thousand words. This technique is now popular with educators, as well. Each week in the Leadership Lab at Stanford, MBA students act out simulations of common issues that arise in the business environment. The twist is that their performances are filmed and then played back to them so that they can see firsthand what kind of unintentional nonverbal signals they may be giving off.

Markstrat has been around since the mid-70s, but it is still one of the most-used simulation games in business schools. Over 500 academic institutions use it, including 25 of the top 30 business schools in America. The game pits groups of students against each other by forming them into companies who all sell the same product to see who can maximize stock price, market share, and net profit. The game involves under-pressure decision-making in areas like advertising, marketing, research and development, and finance. There is also a version of the game designed to teach marketing strategy in the pharmaceutical industry called Markstrat-Pharma.

When you think about it, from the producers’ side the capitalist market is really just a giant game. There’s the people you’re playing against (other companies), an objective (make the most money), and a reward for victory (you get to keep the money). So how better to prepare MBA students for a life in business than by having them compete with other students? There are all kinds of competitions that business schools encourage their students to attend, covering all aspects of enterprise. A contest that draws in participants from all over the world is the John Molson MBA International Case Competition, designed to “bridge the gap between corporate and academic worlds.”

While some instances of simulation learning involve different scenarios every week, the next level up is to have a business class that consists solely of students running fictional businesses all semester. While this program at the University of Tennessee is targeted at undergrad business majors, MBA students at the school work with them like business advisors, which also serves to help them put their business skills to work and practice overseeing “employees.”

Companies are beginning to feel the public’s demand for social awareness in their business practices, and that need for training in ethics is resulting in ramped-up instruction in MBA programs. INSEAD makes use of a computer simulation game Sustainability Challenge designed to teach MBA students how to maximize profit while simultaneously giving society the maximum benefit. Performance is measured with a responsibility index. Students have to navigate through series of decisions that regularly face corporate directors in national and international business.

Although poker’s popularity with the public may have peaked, it is about time for it to catch on with education, typically one of the slowest areas of adoption of innovation. Many who appreciate the intricacies of the game are starting to recommend it as an effective way to learn business skills. They cite famous strategists like Bill Gates and Barack Obama as examples of leaders who used what they’d learned at the poker table in the worlds of business and politics. It teaches interpersonal skills, strategy- and decision-making skills, and teaches players to read people and exploit their weaknesses, all key tools in an MBA-holders belt.

For the uninitiated, “MMORPG” stands for “massively-multiplayer online role-playing game.” A classic example is World of Warcraft, a hugely popular game similar to Second Life, except WoW retains the characteristics of a pure game such as missions and rewards. As Josh Kaufman, the author of the bestselling “The Personal MBA: Master the Art of Business“

points out, virtual role-playing games accurately mimic real-world economics and can be viewed as an MBA training tool. For example, in World of Warcraft, when a character who finds wild herbs sells them to an alchemist, who turns them into potions that he then sells, the players have just created a value chain. All MBA students would need is an instructor skilled in the game to teach business lessons via MMORPGs.

This game was created in response to evidence that IT-based knowledge communities and networks fail because they don’t address users’ emotional, psychological, and social needs. INSEAD incorporates Inno-Tube into its MBA curriculum to teach students how to maximize users’ connection value, entertainment, and instant gratification value in the context of business topics like new product development, management, and organization.

This article was first posted in OnlineMBA.com.