There’s a daily deal site for almost everything – from generic ones like Groupon and Living Social, to those that focus on a niche like CouponTrade and DoggyLoot. But here’s one with a heart: Social Goodies (www.socialgoodies.com), launched last May, is a daily deal site that aims to benefit non-profit and charitable organizations.

Deals on Social Goodies are selected from various lifestyle, fashion, beauty and home decor brands, which the site lists at prices of up to 70-percent off retail. What is interesting is that 20-percent of the deal purchase price – of the total amount, not simply the proceeds – is donated to one of three non-profits featured on the site. The founder of Social Goodies, Carie Salter, realized there were non-profits that were facing tremendous financial challenges especially in this time of economic upheaval. “I started thinking about how I could use some money I had available to help create a new funding source for charities that could continue for years and years to come, as opposed to just writing a few meaningful checks to certain organizations,” says Salter.

At the time, daily deal sites were just beginning to become popular and Salter thought the business model was ideally-suited for funding charity. She then proceeded to adopt the online daily deal model for that initiative – despite it receiving some negative press in recent times. But Salter’s not concerned about the fallout. “Because Social Goodies solely exists to fund the good work of great charities we have created a win-win-win for our featured charities, customers and retailers.  Our three featured charities receive concentrated amounts of money from a new donation source, as well as increased exposure about the good work they do.”

The company rotates the non-profits and charities they feature every three or four months – currently they are backing The Nature Conservancy, The National Center for Missing and Exploited Children and Fisher House. Salter is quick to clarify that the charity component of their business is not a gimmick. “We don’t occasionally donate an insignificant portion of our proceeds to good causes like some larger players in the space do — we want to do right by all of our constituencies so we can fund amazing nonprofits for years to come.”

“Anyone can put a logo on their Web site from a charity and say they will make a donation. But there is no accountability and no transparency,” Salter adds. “That’s the difference between a company that is in business to make money, and one that is founded to make a difference.” But Salter is quick to point out that the Social Goodies concept only works if they offers exceptional deals for consumers.

Salter shares that she originally had this idea when the daily deals scene was still in its infancy. However, having a child delayed those plans. Now that Salter’s son has passed his second birthday, and Social Goodies is also established and growing, she finds a new challenge: juggling motherhood and the demands of running her own company. And she wouldn’t have it any other way.

“I’ve never worked so hard in my life. But my child, my husband and my co-workers are all around me and I’m filled with a sense of doing the right thing. At this point the main goal is to get more people to know about us and what we do,” she states. “We’re here every day, offering a ‘win-win-win’ for everyone involved. I couldn’t be happier.”

One of her biggest challenges getting the company off the ground was the fact that, with her background in finance, Salter was new to the web technology world. She had to do a lot of research, as well as hire people with the relevant skill sets, to help her refine and launch her vision. “The Social Goodies website continues to be a work in process as we implement new ideas and technologies,” she admits

Her advice to aspiring social entrepreneurs? She says to them – as trite as it may sounds – to believe in their mission. And to be persistent. She recognizes, for example, that even though their mission is markedly different than that of most of their daily deal peers, the space has become crowded.  “(But) we fully believe in our mission and are trying to think outside of the box to increase membership and raise as much money as possible for charity.”

“It truly is possible to have a successful business while enacting positive change in the world,” concludes Salter. 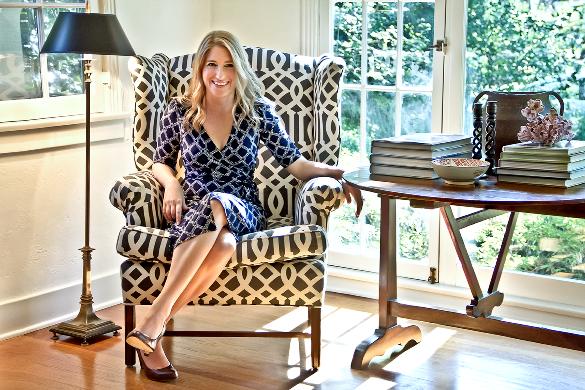