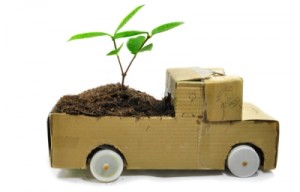 If you’ve heard it once, you’ve heard it a thousand times. It’s the pledge of allegiance recited in boardrooms around the world, the North Star used to guide the decisions of the business masses. But I want you to consider a controversial notion: What if that pledge is just a collection of meaningless words? And what if that faithfully followed star is actually a mirage? What if we get to where we think we’re going only to find… nothing?

Don’t get me wrong. I believe maximizing shareholder value is a lovely result — but I also believes it’s a lousy goal.

Think about it this way. What happens when you give your employees a rousing speech about maximizing shareholder value? Once they wake up from their boredom-induced nap, they’ll go back to doing exactly what they had been doing before. After all, what can they do that will raise earnings per share? It’s like you’re asking them to count all the stars in the sky.

In other words, maximizing shareholder value — a mantra made popular in 1976 by the most-cited academic business article of all time, Jensen and Meckling’s “Theory of the Firm”— is just too vague and uninspiring to move employees to action. This viewpoint was also expressed by Peter Drucker, who insisted that the primary purpose of a business is to acquire and keep customers.

The uninspiring nature of the “shareholder value” mantra is only one reason I suggest you consider embracing a new one. The whole notion of shareholder value is built on a foundation of failed logic. Here are five reasons why it’s time to focus instead on understanding and meeting the needs of your customers:

According to the authors of the 2008 Harvard Business Review article “Innovation Killers,” “Over 90 percent of the shares of publicly traded companies in the United States are held in the portfolios of mutual funds, pension funds, and hedge funds. The average holding period for stocks in these portfolios is less than 10 months.”

In other words, that hedge fund manager you were trying so hard to please last year has already dumped your stock. Shareholders have very little interest in the long-term health of your company, only in the appearance of long-term health. It might be more accurate to refer to today’s shareholders as “sharehandlers.” It’s time to stop thinking of the typical shareholder as a grandma in Peoria holding shares of stock for 20 years.

Asking an executive to maximize shareholder value can be a very bad idea. If a stock’s P/E ratio is 20-to-1, then only 5 percent of a firm’s value is driven by this year’s earnings. To put it another way, 95 percent of shareholder value is driven by shareholders’ expectations of the future… which can be manipulated. Most of those shareholders are not actually going to be around to see whether the company meets its long-term earnings goals. So the executive with stock options has great incentive to manage investor expectations.

And when managing the expectations of Wall Street analysts conflicts with the actual job of building the firm’s long-term competitive strength, guess which wins? Every quarter becomes ‘the most important quarter in the company’s history.’ Employees will become numb to this familiar refrain because they hear it all the time. Expectations might stay the same or increase or decrease, but not as a result of the proactive effort of the company to create long-term strength.

If the executive team is driving with its parking lights on instead of its high beams, won’t the board of directors at least be concerned about investors’ long-term financial gains? Unfortunately, that’s a pleasant but outdated notion.

We should not be shocked to find this failed logic has led to failed results. Roger Martin (“The Age of Customer Capitalism,” Harvard Business Review, Jan. 2010) researched and compared the pre-maximize era (pre-1976) with the post-maximize era (post-1976). Here’s what he found: The compound annual real shareholder return actually dropped from 7.6 percent to 5.9 percent. The new goal of maximizing shareholder value did nothing to… maximize shareholder value.

Companies that were successful often found they had created more illusion than reality. Jack Welch, the ‘poster child’ for maximizing shareholder value, was highly successful over his tenure. But GE shareholder value plummeted after his retirement, most likely because investors were trading on the appearance of health — not the actual long-term health — of GE. And that appearance changed dramatically with Mr. Welch’s retirement. It’s been 10 years since he retired, and GE’s market capitalization is still only one-third of what it was when he left. It may be a long time before his successor(s) can ‘manage expectations’ to the peak he reached.

Only tangible goals, pursued day after day, ultimately get results.

The more happy customers you have, the happier your shareholders will be. The more miles you run leading up to the marathon, the more likely you’ll put in a satisfying performance on the day of the race. I truly believe that the organization behaving as though its goal is to understand and meet the needs of its customers will outperform competitors fixated on shareholder value.

Employees need a higher calling to be inspired.

According to Napoleon, “Small plans do not inflame the hearts of men.” If you’re the CEO and you think your employees are passionate about this quarter’s earnings per share, you’re out of touch. You might be excited about it because you have large stock options, but that’s not the kind of passion that’s going to rub off on your employees. In fact, many employees will question your motivation to reach the goal when they know you’ll benefit disproportionately — sometimes wildly disproportionately — from the achievement of that goal.

These same employees, however, can become very motivated when given the opportunity to deliver real and measurable value. As Steve Jobs asked when recruiting John Sculley from Pepsi, ‘Do you want to sell sugar water for the rest of your life, or do you want to come with me and change the world?’ Employees will quickly forget last quarter’s earnings, but years from now they’ll be telling their grandkids how they were on a new product team that turned their industry upside down.

Make a worthy new goal: “Understand and meet the needs of my customers.” Two points of clarification: First, “customers” includes both existing and new customers (sometimes in new markets). Second, “meeting needs” must include both value creation and value capture. Value creation is a new offering that provides value beyond the customer’s next best alternative. Value capture is returning some of this customer value to the supplier through appropriate pricing. Done correctly, meeting customer needs will not reduce your profits; it will increase them.

But why should the goal be to understand and meet — not just meet — customers’ needs? Nearly four decades of research says the new product battle is usually won or lost in the “understanding” phase… often referred to as the “front end of innovation.” Companies that directly engage their customers to understand their needs have operating income growth rates three times higher than those that do not. (“The Global Innovation 1000,” Booz Allen Hamilton, 2007)

When you see a gulf that large between good and poor practitioners, it should scream ‘opportunity’! I’m not sure what your corporate goal would be if you were engaged in a wordsmithing exercise… but if you want to change behavior to drive profitable growth, I think ‘understand and meet the needs of customers’ will do nicely.

The executive’s dilemma, of course, is to find a way to survive the short term while building the long term. After all, those short-term “sharehandlers” will continue to form expectations, and the board of directors will continue to watch these expectations impact stock price. The only solution is to take a two-pronged approach of finding new ways to influence investors while rapidly seeking to understand the customer needs that have, so far, gone unmet.

Will this require a lot of energy and focus? Absolutely. And that’s why it’s such a great idea. Not everyone is willing to expend the blood, sweat, and tears it takes to create a new reality inside their company and make a mark in the marketplace. Just imagine what will happen if you’re able to make this shift before your competitors. The edge you’ll gain will be tremendous — and so will the rewards. 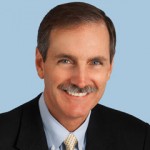 Dan Adams, president of Advanced Industrial Marketing, Inc., is author of “New Product Blueprinting: The Handbook for B2B Organic Growth“. An award-winning speaker, he is a guest lecturer at Wharton’s Executive MBA program and trains in every region of the world.