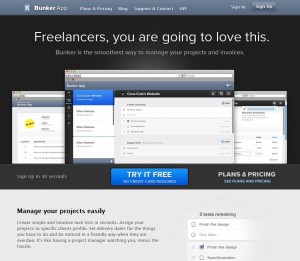 Bunker is a project management and online billing service built by small web application developer Focus Centric that is positioned for use by freelancers and small businesses. Originally built by software developer Alexandre Deschamps, Bunker was acquired by Focus Centric – run by French Canadian Dominic St Pierre – who built further functionality into the product.

St Pierre was looking for a software package that met the needs of a freelancer – he still freelances – and helped manage the steps of a contract process. “I did not find anything,” rues St Pierre. So he acquired Bunker and proceeded to build the product into a nice package that he hopes combined the proposal functionality of Proposable or Bidsketch, with the task management features of Asana, as well as general invoice, time and expense tracking capabilities of Freshbooks or Harvest.

It’s a tall order, but St Pierre is hoping that the upcoming proposal module of Bunker will make it stand out from other established providers. He explains. “I’m currently building the proposal module into Bunker, so I would say the fact that you would be able to send and collaborate with your clients for the initial proposal phase, transform the approved proposals into projects with milestones and tasks, time tracking, and finally send the invoice the clients when the projects are done is in my opinion, the reasons to use Bunker over other applications.

The pricing of his product, St Pierre adds, is also set in a way that small businesses and freelancers would appreciate. When the proposal module comes online, though, the pricing will be revised – upwards – to reflect the new feature.

St Pierre currently uses a cloud-based solution for his service – he uses AppHarbor as his PaaS (Platform as a Service) and Amazon AWS (S3, EC2, Simple Mail) for storage, background processes and emailing – although he does says that deploying an application on a cloud architecture can be tricky at first because resources generated by any instances of the application should be saved on the cloud as well. But he wanted to be able to scale his application fast in case of high demand, and didn’t want the hassle of maintaining too much hardware at the same time. He struggled with that a bit, though, as the technology was all new to him. 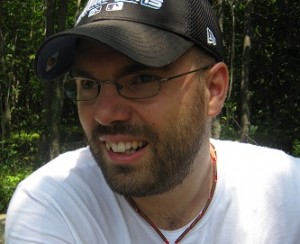 The developer – who created his first product, a CMS and eCommerce web app back in 2008 – says that development on his product will never be done. “I’m a developer first and foremost, so continuing to improve and add features is what I like of having my own web application.” He’s currently looking into mobile development as well, but admits that as a lone developer it’s difficult to juggle various development pieces. But he intends to deploy a mobile web app version for now; native apps are still in the development pipeline.

“Now I’m focusing on Bunker and honestly, it’s already a success for me.”